Home >Opinion >Online-views >Do social security pacts work for you?

Do social security pacts work for you?

Do social security pacts work for you?

Considerable amount of activity has been observed recently in the signing and ratification of social security agreements (SSAs) between India and other countries. Denmark is the latest and sixth addition to the countries with which India now has a ratified SSA. India also has ratified SSAs with Belgium, Germany, Switzerland, Luxembourg and France. In addition, the SSA with the Netherlands is likely to come into force in December. India’s network of SSAs is certainly expanding at a rapid pace.

How do SSAs help? 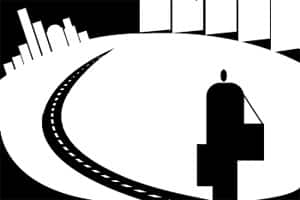 Also, an SSA provides other benefits like “totalization of periods", which means that the period of contribution in the home and host countries will be added to determine the eligibility to social security benefits in either country. For example, in the absence of this provision, an international worker may not be eligible for any benefit from the Indian pension scheme, unless he has rendered at least 10 years of service in India. But if he is covered under SSA, the period of contribution in India and the home country will be added to determine the said period of 10 years.

Further, an SSA enables an individual to receive social security benefits, irrespective of the country of location (home country, host country or a third country).

Exceptions: Not all SSAs cover all the above benefits. For example, SSAs with the Netherlands and Switzerland do not cover the benefit of totalizing contribution periods.

SSAs may have certain hidden risks that one needs to be mindful of. In most SSAs ratified so far, one of the conditions to obtain a certificate of coverage is that the employee should work in the host country on behalf of the home country’s employer. This may create permanent establishment exposure for the home country employer in the host country, which should be analysed in detail.

Also, if an Indian employee is going to work in a country with which India has an SSA, he will be considered as an “international worker". Special provisions for international workers carved out in the provident fund (PF) law will apply to such an employee. What makes matters worse is that as per a recent clarification from PF authorities, such provisions will continue to apply to him for the entire working life.

One of the special provisions is that unlike a local employee, who is entitled to withdraw PF money two months after leaving employment (if he is unemployed or employed in an uncovered company during those two months), an international worker can withdraw PF money only after retirement or attaining 58 years of age, whichever is later (unless the SSA provides for early withdrawal).

For example, if person A is going for an assignment to France, he will be considered an international worker. If he obtains a certificate of coverage from the Indian PF authorities and claims exemption from French social security, there may be permanent establishment exposure for his Indian employer in France. Also, person A will be considered an international worker even after the completion of the French assignment and allocation of his employer’s contribution to the pension scheme will continue to be high. Also, the restriction on withdrawal from PF will apply until retirement.

Also, India has recently signed a comprehensive SSA with Germany, which will replace the existing limited SSA with Germany. The most notable feature of the comprehensive SSA is that it allows full withdrawal of the balance standing in the PF upon cessation of employment and leaving India. This will enable German nationals who have contributed to Indian PF to withdraw the accumulated amount on leaving India after completion of their assignments. Similarly, Indian nationals who obtain a certificate of coverage from India and go on assignment to Germany (designated as international workers), will be eligible to withdraw the accumulated amount from PF after they cease to be an employee of a covered employer in India.

Social security landscape is still evolving in India. With the signing of new SSA with Germany, one can hope that India will move further ahead in its comprehensive approach to the SSAs.