Views | Charles Dickens is slow food for the mind

Views | Charles Dickens is slow food for the mind

As anyone who uses Google knows (and today everything we get to know is through Google), Charles Dickens turned 200 on 7 February (For those who haven’t noticed, the Google doodle for the day was dedicated to Dickens). He is surely the most famous novelist of all time, and certainly the best known English writer after Shakespeare. And the celebrations have been grand. 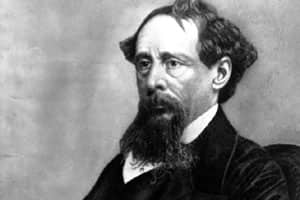 But does anyone read Dickens anymore?

Claire Tomalin, one of Dickens’ many biographers, has already expressed despair publicly. “Today’s children have very short attention spans because they are being reared on dreadful television programmes which are flickering away in the corner," she told the British newspaper Daily Express. “Children are not being educated to have prolonged attention spans and you have to be prepared to read steadily for a Dickens novel."

Well, Dickens hardly wrote stuff that has you turning the pages breathlessly. Comparing thick-book with thick-book, one must admit that he was no Stieg Larsson. But what about J.K. Rowling, none of whose last four Harry Potter books clocked in at less than 600 pages? Don’t we all know that each of these could easily have been 50% thinner? One cannot deny that Rowling was so much in love with the universe she had created that she strayed from the basic plotline repeatedly to devote page after page to every little whimsical detail she had thought up. Children didn’t mind. And I do believe that once one gets into the rhythm of a Dickens book, one finds much fewer digressions than in, say Harry Potter and The Order of the Phoenix (766 pages). Yes, I know: the language may seem arcane today, and often, the tone may sound overwrought (understatement was -- to, well, understate the point -- not Dickens’ forte). Gillian Anderson shows a Dickens first edition to the Prince of Wales and the Duchess of Cornwall during a tour of the Dickens Museum to mark the 200th anniversary of the author’s birth. Photo : AP

All right, I opened the book randomly, and this is what I got:

“You have been in Spain, sir?" said Mr Tracy Tupman.

“Is the lady in England now, sir?" inquired Mr Tupman, on whom the description of her charms had produced a powerful impression.

“And her father?" inquired the poetic Snodgrass.

“Remorse and misery," replied the stranger. “Sudden disappearance -- talk of the whole city -- search made everywhere without success -- public fountain in the great square suddenly ceased playing -- weeks elapsed -- still a stoppage -- workmen employed to clean it -- water drawn off -- father-in-law discovered sticking head first in the main pipe, with a full confession in his right boot -- took him out, and the fountain played away again, as well as ever."

“Will you allow me to note that little romance down, Sir?’ said Mr Snodgrass, deeply affected.

How many writers we know can beat that?

The most well-read friend I have once dismissed Dickens with the off-hand comment: “There’s no subtext in Dickens, and anything without subtext can’t be literature."

I say: Damn the subtext. Read Great Expectations, and know what a perfect novel is.

Dickens’s last words, as reported in his obituary in The Times, London, were: “Be natural, my children. For the writer that is natural has fulfilled all the laws of art." I am quite sure he did not say this as he lay dying. But the words surely encapsulate what he believed in as a writer, and what has brought so much joy to untold millions for so many years. Pure natural joy.