If you hear of a company selling a stake in itself, and then giving money to the buyer to buy that stake, what would you think? There’s something wrong with the deal. That’s the story in the bancassurance market right now and the rush of life insurance companies to tie up with a bank has reached a level that is making the whole bancassurance model unstable. The latest deal between Syndicate Bank Ltd and Birla Sun Life Insurance Co. Ltd (BSLI) has finally got insurance industry insiders upset enough to begin talking. From what I hear, Birla Sun Life will pay Syndicate Bank ₹ 600 crore that, it seems, the bank will use to buy 6% of BSLI equity. What’s not clear yet is how exactly Birla Sun Life will account for this money. Other questions arise as well. What if the bank can’t sell enough? With this kind of money to recover from the business, how persuasive will the banks need to be to get their customers to buy products? By approving such deals the banking regulator is benignly looking at a potential banking debacle. But let’s stay with insurance for this column. 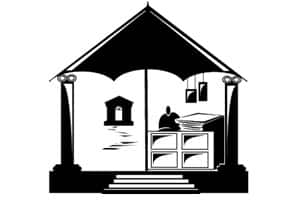 The committee to review the distribution of insurance through banks was constituted in May 2009. The report of the committee in June 2011 (we won’t even discuss how the committee met just four times, how the gap between the third and the last meeting was 20 months and how most members had no clue of what was going on with the report) advised moving to a two-company, tied-agency model. This meant that each bank could sell products of two insurance firms instead of one. However, when the draft guidelines appeared on the Irda website six months later on 23 November 2011, they had little resemblance to what the committee had recommended. Instead, there was a bizarre spectrum-like allocation of banks. The country was divided into three zones. Each insurance firm could tie up with one bank in at most nine states in Zone A, another bank in no more than nine states in Zone B and a third bank in any number of states in Zone C. People on the committee confirm that there was complete disagreement within the committee on the spectrum-type bancassurance model. But the Irda representative on the board of the committee (who has since moved out) was the brain behind the model and seems to have pushed it through. The guidelines are still not notified, so there is still hope. But, on with the story.

There have been four bancassurance deals till now: Axis Bank Ltd buying a 4% stake in Max New York Life Insurance Co. Ltd, the potential ₹ 1,200 crore Aviva Life Insurance Co. India Ltd and IndusInd Bank Ltd deal with a 3-5% equity sale, the ₹ 800 crore Metlife India Insurance Co. Ltd and Punjab National Bank deal with 30% stake and now the reported Syndicate Bank BSLI deal. If any of the deals are based on the equity and cash in lieu of commissions model we need to look at the draft guidelines to understand why. The mickey is in there. Section 11 talks about the sale of equity shares of the insurance company to the bank and says that in case shares of the insurance company are transferred at a value that is below the market value (they use a concept called market consistent embedded value), then the “difference between the MCEV and the purchase price shall be amortized over the period of five years from the date of sale and such amortized amount shall be part of the remuneration to the bancassurance agent". This means that if the insurance company sells its shares valued at ₹ 500 crore at ₹ 100 crore to the bank, the bank will forgo commissions earned by selling the products of the insurance company to the tune of ₹ 400 crore over a period of five years. This is nothing but front-loading of commissions that the bank would have earned. Like I said earlier: the front-loaders have become front-loaded! Some insurance companies are behaving as if the draft guidelines are already law. The law, Insurance Act 1938, makes this illegal today.