The sublimity of brand IIT

The sublimity of brand IIT

On this Kapil Sibal-IIT controversy over the single engineering entrance test issue, I used to be on the “Save JEE, save IIT" side, but now, I must confess, I am not. I just think all parties should mull it over a bit more. What Sibal is suggesting has several good points which the other side is refusing to acknowledge. However, if he bulldozes his proposal through, it may not fully serve its stated purpose and could even hurt the IIT system in the long run. 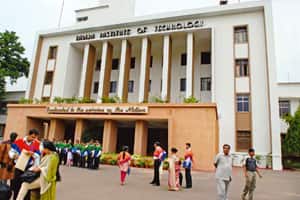 The proposed test will have two parts—the JEE-Main and the JEE-Advanced. JEE-Main will test the candidate’s critical thinking and reasoning ability. JEE-Advanced will be on physics, chemistry and maths, like the current JEE and AIEEE are. Now, the twist. The marks the student gets in JEE-Main carry 50% weightage, and his class XII board marks carry the rest 50. Only the top 50,000 churned out by this formula will be considered for an IIT seat. Of these 50,000, the top 10,000 performers in JEE-Advanced will get into IIT. For NITs and IIITs, the ranks will be calculated thus: 40% weightage to class XII marks, 30 to JEE-Main, 30 to JEE-Advanced.

Why tinker around at all? Quite simply, there is widespread agreement that the quality of the IIT student has dropped over the years. Ask anyone who has taught in or been hiring from IITs. The common complaint about current IITians is that they seem less bright and less equipped with soft skills than those who graduated till 15 or 20 years ago. Also, mostly everyone agrees on the reason for this: brutally focused coaching classes, which thrive on the IIT craze Indian parents suffer from. So at the age 15 or 16, lakhs of teenagers are thrust into a system which emphasizes rote learning over everything else—not only any conceptual understanding of a subject, but even a normal life (sports, films, hanging out with friends, dating). This system produces hordes of cyborgs who are good for only one thing —cracking JEE. Also, in this desperate race, the student pays hardly any attention to the formal schooling system and the board exams.

I believe the JEE-Main concept is a great idea, since it will test the candidates’ general intelligence and coaching classes can’t help much there. Also, IITs will have full freedom to set the JEE-Advanced paper and IIT admissions will be decided purely on the basis of performance in this paper. Of course, you’ll qualify for consideration by an IIT only after you’ve passed through the board marks+JEE-Main filter.

So why should not Sibal’s proposal be supported wholeheartedly? After all, JEE needs to be reworked, since the coaching classes have subverted the current format. What, however, is dangerous, is the board angle.

The government has solved the problem of comparing marks from different boards by choosing percentile scores obtained and not actual marks. But the real apple and orange are the IIT entrance test and a board exam: they are very different in objective, format and skills required. IITs already have a 60% cut-off in the board exams; that is enough weightage by itself. Under the new system, someone whose brain is superbly geared for engineering, may not get a chance to be considered for an IIT seat because, even though he has scored 99 percentile in his science subjects, in Hindi, he has 51. This is wrong. Also, in state board exams, cheating and question paper leakages are not uncommon. It is often possible for the politically powerful and the rich to manipulate results. Indeed, at one time, IITs used to grant automatic admission to the top 10 rank holders in any board. This was scrapped, precisely for these reasons.

Lastly, will the coaching classes become less powerful? Yes, but not significantly. They are already adapting, providing coaching for board exams too, and their fees will only go up. Life isn’t going to get much easier for the engineering aspirant.

It is imperative that the weightage given to board marks be lowered, halved at the very least, both while selecting the 50,000 that IITs will choose from, and for admission to NITs and IIITs (where the boards have a 40% weightage). Perfect fairness is the cornerstone of the IIT brand. The overriding aim of any new system has to be to maintain that purity.