Tarun Gogoi, Assam’s chief minister, has again demanded that tea be given the status of National Drink. It is perhaps the right time to do so—after all, the nation’s prime minister started out in life as a chaiwala (tea seller). Getting these kinds of national statuses is usually a euphemism for a subsidy or grant of some sort to promote that product. However, as these four charts show, India is not only a nation of tea drinkers, but even the traditional coffee guzzling states are embracing tea. Data used here is from the National Sample Survey Office’s (NSSO’s) consumption studies for urban areas. 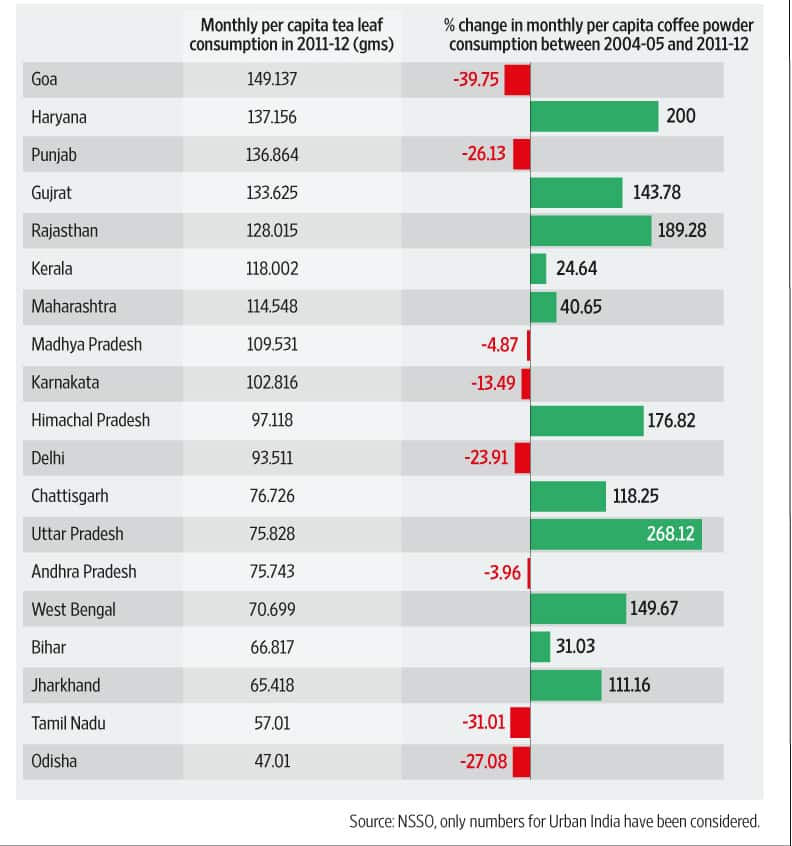 The cup that cheers