On Thursday, central banks in Europe and China sent further signals to the rest of the world that all is not well with their economies. The Bank of England (BoE) added a sum of £50 billion to its asset purchase programme. The European Central Bank (ECB) cut several interest rates on the money it lends to euro-area banks and on deposits it takes from them. The same day, the People’s Bank of China (PBoC) cut its one-year deposit and lending rates by 25 and 31 basis points, respectively, to 3.0% and 6.0%, respectively. This follows a rate cut on 7 June (lending rate cut from 6.56% to 6.31% and the deposit rate cut from 3.5% to 3.25%) and three reductions in bank reserve requirements since last November. Also notable is the PBoC decision to allow banks to offer a discount of up to 30% below the benchmark rate when lending. That is up from the allowable 20% that became effective with the June rate cut. 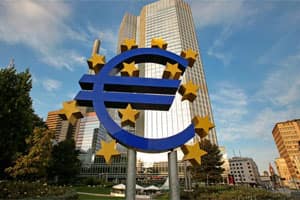 As for the actions of BoE and ECB, it is important to examine the message or the signal that central banks send to the public about their economic future with their policy actions on the quantity of money and on the price of money, i.e. interest rate. There is a danger that they might actually be sending a message that induces the public to undertake actions that are the polar opposite of what the central banks want them to do.

Interest rates signal that there is time value to money. Money today is worth more than money in future. By lending out today’s money, therefore, lenders make a sacrifice by postponing their consumption or use of money today in exchange for compensation for such a sacrifice. There is another way of putting it. Compensation for loan is recognition that more money will be available in future and, hence, its value will be less. Therefore, lenders need to be compensated for the loss in its value. That is, more money will be available relative to the goods and services for purchase with such money. This is the elementary logic behind interest rate. From this, it follows that higher the interest rate, the higher the relative scarcity of goods and services (and, hence, higher prices for them) in future that is sought to be signalled. That goods and services will be relatively scarce in future compared with the present is the standard assumption because of population growth and resource depletion, etc.

Based on this framework, it is logical to conclude that, by cutting interest rates or by dropping them to zero at the extreme, central banks signal that goods and services will be plenty and not scarce. In other words, low interest rates, instead of fighting deflation today, signals deflation ahead! This unintended consequence arises because the actions of central banks, quite apart from influencing the actions of the public (I have refrained from using the more formal, “economic agents" in place of “public"), also influence their expectations of the future. In this interpretation, low interest rates, far from stoking animal spirits, dampen animal spirits because they signal that there will be no scarcity of goods and services.

There is case for central banks to ponder if the perverse signalling effects suggested by the above framework are at work. Clearly, what central banks hope to achieve is that by signalling no scarcity in future, that the public is less induced to save for the future and spend money now. That is happening, particularly in the US and the UK. That may, however, be counteracted by a loss of incentive to invest for the future. No investment means no hiring and, hence, the public erodes its savings even as employment prospects remain bleak. Corporations hoard cash. Thus, zero interest rates and asset purchase policies of central banks might achieve future inflation but without commensurate improvement in employment or economic growth. In other words, they are engineering stagflation.