Thanks for Visiting Mint
You seem to have an Ad Blocker on. Please turn it off in order to continue, or whitelist Mint
HOW TO TURN OFF AD BLOCKER
OR
REFRESH IF YOU ALREADY TURNED OFF THE AD BLOCKER
Home >Opinion >Online-views >The house that Pratibha Patil could not build

The house that Pratibha Patil could not build

The house that Pratibha Patil could not build

It could be called the next step in the evolution of journalism; or, to make it dramatic, the birth of “the digital bush telegraph". It was a serendipitous development that makes journalism stronger, more effective and helps journalists quickly reach a large readership, even larger than the biggest publication of the mainstream media. 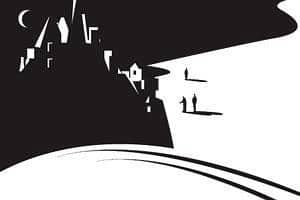 One of the landmarks in the birth of the digital bush telegraph (remember the Phantom comics where messages are sent vast distances using large musical drums?) is the story of how moneylife.in, the financial and news website, handled the news that the first citizen of the land, President Pratibha Patil, illegally got large tract of army land in Pune for a palatial retirement home. The website and a companion print magazine are edited by Debashis Basu and his wife Sucheta Dalal, the lady who broke the Harshad Mehta stock scam 20 years ago. Within 16 days, the President admitted her error and returned the land to the army.

On 11 April at 7.20pm moneylife.in carried a lead story headlined “President Pratibha Patil grabs 2,61,000 sq. ft of land meant for soldiers and officers." The story was written by Vinita Deshmukh, consulting editor of moneylife.in and an expert in tapping the RTI. The story quoted the rules for giving post-retirement accommodation to presidents of India.

They are entitled to comfortable accommodation with free electricity and water. The ex-presidents are entitled to accommodation in Delhi equal in size to that allotted to cabinet ministers with a plinth area of 4,498 sq. ft. If such houses are not available, the government will build a house with all comforts with a plinth area of 2,000 sq. ft in any place in India which the ex-president chooses.

India’s first president, Dr Rajendra Prasad, did not take government accommodation after he retired: he donated all the land he possessed to Vinoba Bhave’s Bhoodan movement.

Patil, however, demanded more and was allotted 2,61,000 sq. ft in the middle of the cantonment area in Pune. Deshmukh’s story pointed out that this land had been earmarked for building small houses for war widows and veterans of the Kargil war against Pakistan.

Moneylife.in uploaded the story as the lead for the day. Now the bright idea struck Basu and Dalal. Why not put up the story of President’s alleged manipulation on Facebook and Twitter? They did it and the story “went viral", as the term goes.

The hard information had been collected by using the RTI Act three ex-servicemen activists: Col Suresh Patil (retd), Commandant Ravindra Pathak and Anoop Awasthi, former members of the Armed Forces. They had a lot more in their files.

Moneylife.in then did a series of stories based on their information, which was incontrovertible and each story was loaded on Facebook and Twitter also. The headlines of some of the follow-up stories were:

13 April: Pratibha Patil’s house stands on A1 defence land meant only for military use; military spending its resources for her

The story of the palatial home being built for President Patil was known publicly for quite some time. Col Patil held three press conferences in Pune since July 2011 but there was tame reaction from the mainstream media. Col Patil visited newspaper offices to tell his story, but no one was listening.

R. Vijayaraghavan has been a professional journalist for four decades, covering finance, business and politics. He writes a column, pro bono, for moneylife.in the financial and business website.