The pathologies of redistributive resource transfers

In Aravind Adiga’s The White Tiger, the narrator makes an insightful comment about the role of geography in development: “Please understand, Your Excellency, that India is two countries: an India of Light, and an India of Darkness. The ocean brings light to my country. Every place on the map of India near the ocean is well-off. But the river brings darkness to India."

The Indian growth take-off since 1980 is associated with Peninsular India, the states that the narrator in astutely associated with better geography—being close to the ocean—which development experience has long confirmed as conferring special advantages. These states—Gujarat, Maharashtra, Tamil Nadu, Karnataka, Kerala and Andhra Pradesh—have indeed grown faster and advanced more rapidly economically vis-à-vis others.

As a result, they have also been a greater focus of research attention in comparison to other states—the “Other Indias", the India of forests, of natural resources, and of “special category" status. They are interesting in their own right because they have conformed to other models of development. One such is the model based on “aid", most applicable to the “special category" states in the North-East, Jammu and Kashmir, Himachal Pradesh and Uttarakhand.

In the international context, foreign “aid" has been shown to create a number of adverse effects. Aid perpetuates resource dependency, in the sense that since revenues are being provided from outside, recipient countries may fail to or have little incentive to develop their own tax bases or their institutions. And it is institutions that have been found to be critical for growth, much more than overall resource availability.

Another potential downside of aid is that it could trigger the “Dutch disease", named after the impact that discovery of natural gas in the North Sea had on the domestic economy in the Netherlands. This windfall caused the real exchange rate to appreciate as the extra income was spent domestically, pushing up the price of non-tradeables, such as services geared to the local economy. The higher prices for services then eroded profitability in export and import-competing industries, de-industrializing the economy, with the share of manufacturing in the economy falling. Do we see similar consequences within India?

To attempt an answer, the first task is to define a concept akin to “aid" in the Indian context. State governments have received funds from the Centre—“gross devolution" which is the sum of: (i) share of Central taxes, as stipulated by finance commissions; (ii) Plan and non-Plan grants; and (iii) Plan and non-Plan loans and advances (of course, the Plan/non-Plan distinction has now been abolished).

Devolution is not all “aid" but embodies a strong redistributive element. We isolate this element—“Redistributive Resource Transfers," (RRT)—as gross devolution adjusted for some benchmark for the normal resources a state can expect to receive, which we define as the state’s share in aggregate gross domestic product (or alternatively as a state’s share in own tax revenues). Thus, RRT are transfers over and above states’ contribution to GDP (or taxes) and serve as a useful, if imperfect, measure of “aid".

There are two key differences between RRT and traditional foreign aid. RRT are intra-country transfers and do not augment overall national disposable income like foreign aid does; second, the donor-recipient relationship is also very different because states benefiting from transfers are part of the national governance structures that determine them. 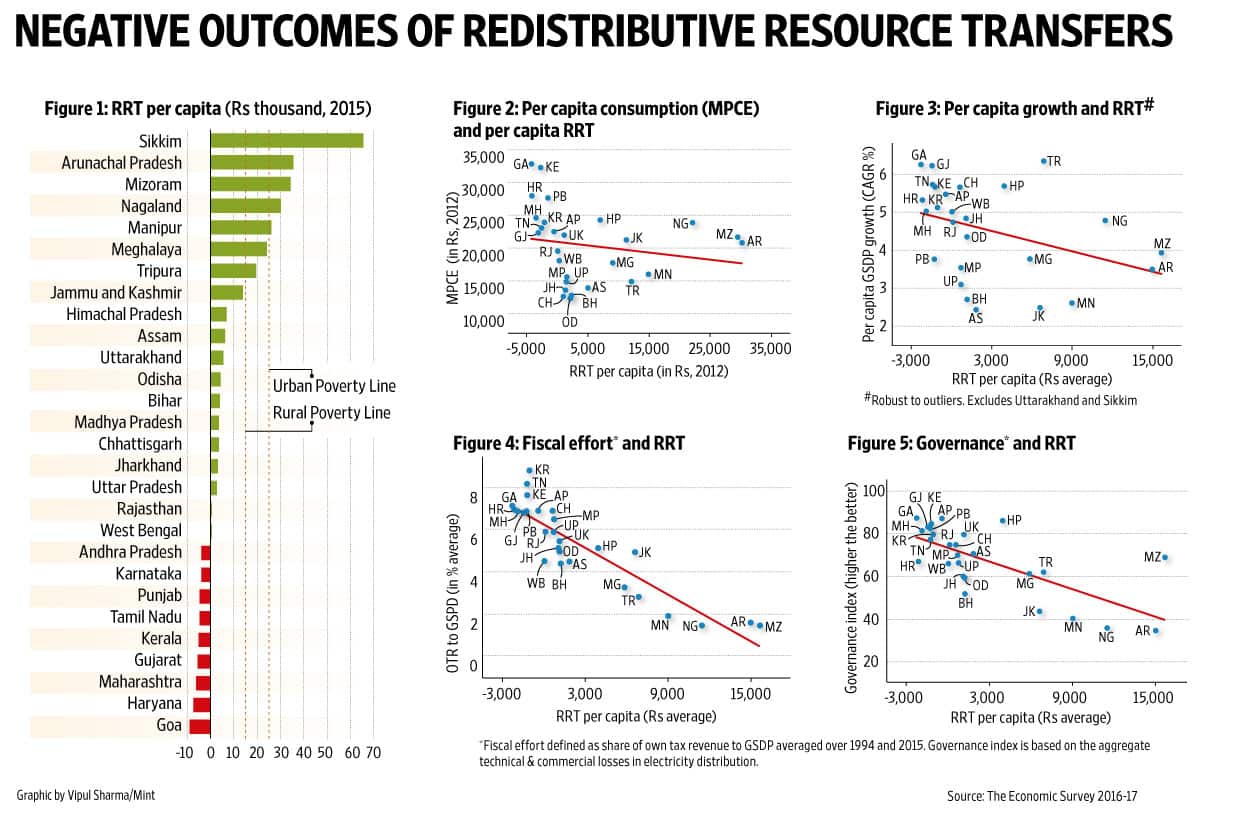 Figure 1 shows the ranking of states, in 2015, in the descending order of RRT received in per capita terms. The top 10 recipients are: Sikkim, Arunachal Pradesh, Mizoram, Nagaland, Manipur, Meghalaya, Tripura, Jammu and Kashmir, Himachal Pradesh and Assam.

We then correlate a state’s RRT with a number of outcomes. The results are striking. Higher RRT seem to be associated with:

Figures 2-5 depict these findings. The results turn out to be quite robust (to alternative definitions of RRT) and there is suggestive evidence of causality (from RRT to economic outcomes and governance). There are a few states which are exceptions (for example, Tripura with respect to per capita GSDP growth or Mizoram with regard to governance). The details of the methodology (including the index used to proxy overall governance) are outlined in Chapter 13 of the Economic Survey 2016-17. These results indicate that all the pathologies associated with foreign “aid" appear to manifest in the context of intra-country transfers too.

If the evidence suggests an “RRT curse", what are the policy implications?

Clearly, the “solution" cannot be to dispense with RRT altogether, since in a federal system the Centre must play a redistributive role because it will always have to redirect resources to under-developed states. Rather, the Centre will need to ensure that the resources it redistributes are used more productively.

Of course, it is possible that the “RRT curse" originates from poor connectivity and poor infrastructure—physical, financial and digital—that most of these states, and certainly the North-Eastern states, suffer from. Enhancing connectivity on a war footing (as the government has attempted for financial inclusion with the Pradhan Mantri Jan Dhan Yojana, or PMJDY, expediting the optical fibre network, etc.) will have a moderating effect. Beyond facilitating connectivity, there are a number of ways in which the architecture of redistributive resource flows could be modified.

Another possibility would be to find ways to offset the tendency of states receiving high RRT to relax their own tax effort. Perhaps future Finance Commissions could revert to the practice of the 13th finance commission of explicitly conditioning transfers on the tax effort of states, and perhaps to an even greater extent.

Given that some high RRT recipient states have performed better than others, the capacity of states to utilize funds efficiently plays an important role. To encourage better governance, the fund transfer mechanism could explicitly include a few monitorable institutional indicators as criteria for resource transfers.

In sum, large bounties—in the form of redistributed resources—can create surprising pathologies, even in democratic India. Recognizing and responding to them creatively will be important to learn the lessons of development experience in India and around the world.

The article is an abridged version of chapter 13 of The Economic Survey, 2016-17.