On 11 September, it will be 400 years since the first European landed on the island we now call Manhattan. New Yorkers are marking Henry Hudson’s arrival, and the birth of their city, with due fanfare. This is a celebration of much more than the pioneering spirit to seek ever new frontiers. It is also a reaffirmation of the industrial and technological growth which happened over the last four centuries. 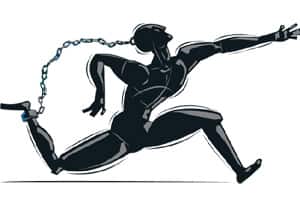 But the celebration has a dark underside—other than the fact that terrorists chose to strike Manhattan on 11 September, eight years ago, and that Wall Street is observing the first anniversary of the meltdown in the same week. A still darker shadow is cast by the fact that growth, as we have defined it for the last four centuries, now imperils our survival, even though it continues to be great for business.

Hudson was not sailing along the coast of North America in search of habitable locations for migrant settlers. He was on a commission from the Dutch East India Company to discover the North-west Passage that would allow European trade ships to navigate the frozen northern coastline of America to reach China. Hudson failed in his mission and eventually died in the frozen wilderness of northern Canada.

But today, even as you read this, a German commercial ship is making the inaugural voyage from the north Pacific to the north Atlantic. This is possible because enough ice has melted to make the Arctic navigable—potentially saving shipping companies thousands of miles. That melting ice may be great for economic growth, but it also indicates that the Arctic may have entered a “death spiral".

This somewhat dramatic manifestation of ecological imbalance is just one part of a much larger phenomenon. The human economy is effectively growing itself to death. The good news is that it is no longer just environmentalists who are preoccupied with this paradox. The compelling need to redefine the concept and mechanics of growth is now more widely acknowledged than ever before.

In marketplaces, governments and scientific bodies alike, more people now accept that growth in its current form is unsustainable. They also acknowledge the conventional wisdom that “degrowth" would be acutely painful—causing massive unemployment, reduced competitiveness and a spiralling recession.

So how is this dilemma to be resolved? This ambitious question now calls for the same kind of daredevilry and determination that drove Hudson to look for the North-west Passage. Over the past few decades, a wide variety of individuals, groups and institutions have been working on pieces of the puzzle. More recently, Britain’s Sustainability Commission has published a study titled Prosperity without Growth?: The Transition to a Sustainable Economy. The study, released just before the Group of Twenty summit in London in March this year, outlines a 12-step plan to make the transition to a fair, sustainable, low-carbon economy.

Some of the recommendations are relatively non-contentious, such as the rigorous reform of macroeconomic accounting to ensure that environmental losses and gains are properly calculated. Even the call to tackle systemic inequality and strengthen human as well as social capital could be accepted after some wrangling.

What will evoke the sharpest divide is the call for reversing the culture of consumerism. How do you do that in a context where both the demand and supply side have come to be drenched in the belief that yeh dil mange more (wishing for more) and indefinitely so. Perhaps the answers will come from a combination of cultural trends, such as the Voluntary Simplicity Movement in the US, as well as business models that foster a prosperity anchored in sufficiency rather than endless wants.

To ask if this is possible is to ignore reality. We all know individuals who have defined prosperity as creative and dynamic sufficiency. In economic terms, this means not frugality but true optimization of resources and respect for ecological cycles as well as limits.

The tight coupling of growth and prosperity is a historical reality. But seeing them as being inseparable in perpetuity could be fatal. And this is primarily a challenge of imagination and secondarily a matter of technology and public policy. The challenge of breaching this mindset barrier can be likened to the daring of explorers who once crossed daunting uncharted oceans.

To some it seems fitting that Hudson’s 400th anniversary falls on the same week that marks one year of an excruciating financial meltdown—because the arrival of Europeans brought death and destruction to local peoples and habitats. And yet this can also be a time of profound reflection and rethinking to alter course.

Some have hoped that the near-collapse of the global economy will serve as a breathing space in which there might be more room for dissolving the old mindset. It is hard to say to what extent this has happened and whether the excitement about delinking prosperity from growth has gone beyond the circles of what one commentator called the “motivated and impotent few".

But one thing is clear. If civilization as we know it survives the 21st century, the pioneers and innovators who will be celebrated in times to come will be those who showed us how to prosper and be abundantly creative in sync with nature.

Rajni Bakshi is the author of Bazaars, Conversations and Freedom: For a Market Culture Beyond Greed and Fear. Comments are welcome at theirview@livemint.com