Views | More needs to be done to empower women

Views | More needs to be done to empower women

The opening of the 12th Plan Approach Paper acknowledges that women and children constitute 70% of the population and therefore deserve special attention. The most significant problem that needs to be addressed is gender discrimination within society, resulting in continued deterioration in the sex ratio in the 0-6 year age group. Further, every third woman in India is undernourished (35.6% have low body mass index) and every second woman is anemic (55.3%). The approach paper highlights measures such as education, elimination of under-nutrition and anemia among adolescents, and provision of health infrastructure such as water and toilets. While a network of 11 lakh Anganwadi centers exists, most are under-funded and women employees require more payment, capacity building and supervision. 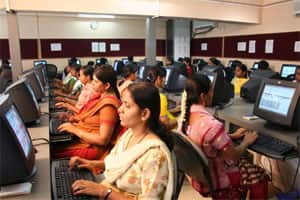 The National Sample Survey Office (NSSO) survey on employment in 2009-10 showed that between 2004/05 and 2009/10, the overall labour force expanded by only 11.7 million, partly because of lower labour force participation among working age women. Clearly, women’s labour is getting more casualised, with women taking the burden of the care economy. Women’s unpaid work awaits a good methodology and inclusion in national income statistics, which is needed to reflect the full relationship between women’s employment and economic equality.

The wage disparities among women and men in India remain wide, and within the women’s group, Dalit women face greater discrimination, with 42% of trained Dalit women being out of the workforce. Earnings of urban, non-SC/ST women are much higher than that of urban Dalit women. The Minimum Wage Act as well as the Equal Remuneration Act should be applied effectively for removal of the gender gap in remuneration.

Other than a mention of women’s importance in the agriculture and tourism sectors, and the National Rural Livelihoods Mission (NRLM), the approach paper does not articulate strategies to promote women’s agency and economic empowerment. The agriculture sector, and inflation and food security in particular, will need greater attention and strategising than so far accorded in the plan.

Currently, more than 10 lakh women’s self-help groups have been formed, which engage in savings and credit activities. Their resources are now sought to be collected to buffer the viability of microfinance institutions (MFIs) through a new law, even as other large MFIs have proved to be irresponsible and extractive. Attention needs to shift from ways to mop up poor women’s savings, to supporting them to have access and control over their own savings, getting mainstream credit from banks and enhancing their livelihoods.

The NRLM takes a step in the right direction by prioritizing women’s groups and collectives, and a range of financial services including insurance cover for life, health, livestock and the vagaries of weather. It includes the Mahila Kisan Sashaktikaran Pariyojana to help achieve social, economic and technical empowerment, recognising women as farmers and attending to their specific needs.

NRLM will need diverse strategies to address poor women’s livelihoods needs, including capacity building. The establishment of women’s resource centers at the panchayat, district and state levels will ensure women’s access to information and counseling, not only for livelihoods but also about their rights and legal support. They could also engage in the development of women-friendly infrastructure for sanitation, street-lighting, transport, post office, police and markets. Again, local governing units, including those which manage common property resources, should have not less than 50% representation of women.

The approach paper recognizes the need for stronger participation of women legislators and measures to strengthen electoral process. This intention, we hope, is seen in terms of the enactment of the bill for the reservation of seats for women in Parliament. The institutional mechanisms for women’s legal empowerment should also be strengthened to ensure gender justice in implementation of all Acts, especially those relating to violence against women in domestic and work spheres.

A major departure from the 11th Plan is that gender budgeting does not merit a mention in the approach paper. Significant progress has been made in the conceptualization and implementation of gender budgeting in major departments and their systems, and this approach should be continued to its logical conclusion.

The approach paper calls for affirmative action for those living in vulnerable districts, thus taking into account geographical exclusion. Socially excluded groups include SC/STs, minorities and women- and children-headed households along with sections of the population who suffer discrimination because of their social and cultural identity, like manual scavengers and sex workers. One group that misses mention is migrants, who are a fast growing and disenfranchised group. Their access to public services needs to be ensured through the public distribution system, Anganwadis, schools, and health and nutrition facilities for women and children. It is time that an Indian citizen from a poor household is able to get her entitlements in any state, not only in the state of origin.

Finally, even though inclusion and gender mainstreaming are important, it is also important that the 12th Plan contain a section which outlines all aspects of gender inequality, and highlights how they have been addressed through mainstream programmes. The goal of women’s equality can be realized only through measures that empower women, in all dimensions: education, health, economic, social, legal and political. There is a continued need for women-specific programmes to ensure inclusive growth with social and gender equality.

Smita Premchander is the Secretary of Sampark, an NGO based in Bangalore and a member of the core group for National Rural Livelihoods Mission, Gujarat.