Home >opinion >online-views >At the Olympics: British vs US English

At the Olympics: British vs US English

At the Olympics: British vs US English

I first came across the word “commuter" when I became a lecturer in English in a college run by an American mission. “Day scholar" was the name I was used to. Commute has several meanings, one of them being reduce a penalty to a less severe one. Another meaning is to travel regularly between home and school, or home and work. For people who made this journey regularly, railroads in America issued commutation tickets, or season tickets at a commuted price. Those who used such tickets were called commuters. Today, one who drives his own car to and from work is also said to be commuting, though no price concession is involved. 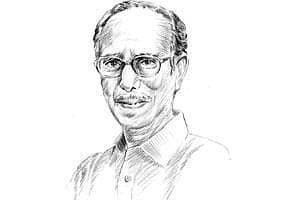 The above paragraphs contain a few of the many hundred American words used in place of British equivalents. Today, there is renewed interest in this feature of English in view of the approaching Olympic Games in London. Articles have appeared in major newspapers offering guidance to the American tourists, who may number 250,000, on how to get along in a place where British English is spoken. An article by Stephen Wilson in The Globe and Mail has the title, “The lift? The Tube? Language riddles face visitors to the Olympics." The riddle can be either the same word having different meanings in the two varieties, or two different words carrying the same meaning.

Take moving around in London. “Pavement" is not a work of landscape design in London. It corresponds to what Americans call “sidewalk". If a tourist asks a Londoner for the “subway", the latter will point to a passage under road level that leads to the other side of the road. What the tourist is looking for is the “underground" or “the tube". “Zebra crossing" is the British name for a pedestrian crossing. Visitors to the Games will have to “queue" up at several points and generally people don’t “jump the queue."

Londoners live in “flats"; the corresponding American word is “apartment". To enter a flat, you use a “lift", not an elevator. The system of numbering the floors of a building is not the same in the two dialects. What the Londoner calls ground floor is in American English the first floor.

Indian English uses “pants", which is also the American form for trousers. In England, pants would refer to undergarments. The origin of the word is interesting: it comes from “pantalone", a character in Italian comedy, a feeble-minded old man who wears pantaloons. In a restaurant, you can order “chips" and you get french fries. “Biscuit" is known as cookie in the US. Some other examples to note are automobile terms such as gas, bonnet, sedan, bumper and trunk.

A major concern of language trainers is how to deal with slang, which is thriving in London. The Olympic Games will be based in East End, the heartland of Cockney rhyming slang. Philip Reeves, National Public Radio’s correspondent in London says to American visitors: “If you are planning to come, be prepared to be baffled." The standard example of rhyming slang is “apples and pears", for stairs. Usually, the non-rhyming word becomes the code: from “micky mouse" we get “micky" for house. “China plate", sometimes reduced to China, is slang for mate. “Donald duck" represents luck.

To steer one’s way between the two major streams of English may be a manageable task. But, as Sebastian Coe, chairman of the London organizing committee, points out, London is home to 200 ethnic communities, who speak a total of 300 languages. That is going to be the challenge at the Olympics this year.

V.R. Narayanaswami is a former professor of English, and has written several books and articles on the usage of the language. He looks at the peculiarities of business and popular English usage in his fortnightly column