Much on expected lines, a rally struck the bourses again as persistent buying by funds and traders led to solid gains at the close of the week, despite consolidation in the beginning, which too was expected and was a positive sign. Though the technical indicators continue to hang around in the over-bought territory, positive global cues and hopes of a cut in interest rates sooner than later boosted the appetite of funds for Indian equities. Concerns remained wide and open about the sustainability of the magnitude and momentum of the current trend on the bourses as benchmark indices recorded their seventh straight weekly rise, their best run in nearly two years, witnessing an un-interrupting rally of 20.33% for the S&P CNX Nifty index on the National Stock Exchange and 18.34% for the Bombay Stock Exchange’s benchmark Sensex since the beginning of this year on the back of foreign fund investment crossing $4.4 billion so far this year. The momentum analysis still favours further gains, which could push the index further high this week. 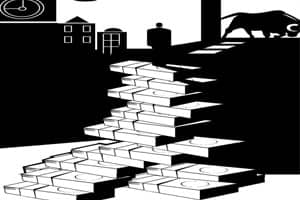 Optimism over the Greek bailout deal was the major push for the European and global stocks. This week, the Greek bailout deal will be the key focus of the markets after Greece’s cabinet on Saturday approved a final set of austerity measures sought by the European Union and the International Monetary Fund as a condition for a €130-billion ($171 billion) rescue package, raising the chances of a deal next week to avert a chaotic default on its debt. A final deal on the bailout of Greece will boost stocks further, which could happen as early as Monday in the meeting of the Eurogroup in Brussels. Following the Greek deal, the market’s focus will shift to the second long-term refinancing operation by the European Central Bank towards the end of the month.

This week in the US, the results of retailers including Wal-Mart Stores Inc. and Home Depot Inc. will be in the limelight, as these will offer further insight into the US’ economic strength. The US economic calendar is quite light this week with a few economic indicators due, including existing home sales on Wednesday, weekly jobless claims on Thursday and new home sales and Michigan subindices including sentiments and conditions index on Friday. In Europe, German and British quarterly GDP (gross domestic product) will be keenly watched on Friday. In India, there is not much on the economic calendar and the markets will take cues from Europe and the US.

Technically, this week the markets are likely to move up further as optimism over the Greek bailout deal would buoy sentiments globally, leading to a further rise in benchmark indices. However, since there are no major triggers due, there could be some profit-taking. But, as per the strategic analysis, a rally is likely to continue and thus the index may end the week higher despite intermittent profit-taking. So, in a nutshell, the markets will gain over the week but there should be some profit-taking.

On the downside, the first support for the Nifty would come up at 5,528 points; this being a moderate support it may not withstand volume-led selling. A fall below this level would mean more profit-taking with the next support level slipping to 5,472 points. This level is a good support and could see the index stabilizing around it. If the Nifty settles below this level with good volumes, this would mean a weakness with the index falling to another support at 5,413 points. This level would be good enough to take on technical correction supported by moderate volume. However, in case of a volume-led selling, this support would weaken and the immediate strong base of the Nifty would shift to 5,326 points. Under normal circumstances, I think the resistance levels of 5,612 and 5,646 would be worth watching, while on the downside, support at 5,472 and 5,413 would be very crucial.

Comments, questions and reactions to this column are welcome at ticker@livemint.com