It is now widely accepted that the global economic and financial crisis of 2008-09 will be the worst downturn since the Great Depression. Not surprisingly, governments and central banks have responded with unprecedented measures in the form of monetary and fiscal expansion. However, policymakers must remember to reverse the stimulus once things stabilize.

Interest rates in many countries have been cut to the lowest levels ever—in some cases, to around zero. Central banks are simultaneously providing the financial system with very large amounts of liquidity support. Governments are initiating fiscal packages that could be worth $2-3 trillion (Rs98-147 trillion). Virtually every form of counter-cyclical policy is being used to support demand and keep the global financial system functioning. 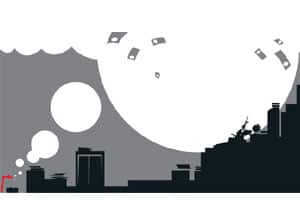 Thanks to the influence of Keynesian economics, counter-cyclical policies have been part of the toolkit of policymakers for the last 70 years. Given the severity of the current downturn, we should not be surprised that central banks and governments have been so aggressive in their response. Yet, it is important at this juncture to remind people that counter-cyclical policies can work only to lean against the wind in the short term. A history of such policies shows their pitfalls.

Till the 1970s, there was a widespread belief that counter-cyclical policies could be used to keep the economy permanently at an optimal unemployment rate by making a trade-off against inflation. The trade-off was dubbed the Phillips Curve. Unfortunately, the Phillips Curve turned out to be unstable and the world suffered from?a painful period of “stagflation" (high inflation and high unemployment) in the 1970s. Economists discovered that additional counter-cyclical policies merely made things worse.

Benchmark rates were moderately raised in the mid-1990s during periods of strong growth, but were cut sharply during the recession following the bursting of the dot-com bubble. The events of 11 September 2001 forced further cuts. So far, so good. However, the US Fed cut rates down to 1% and kept the benchmark at these exceptionally low levels for a long time. Meanwhile, wars in Afghanistan and Iraq were forcing a large fiscal expansion.

This potent policy mix was kept up well after 2003, when the US and global economy were growing strongly and unemployment rates had fallen. Both financial liquidity and real demand grew at unprecedented rates. In turn, this caused a boom in the prices of assets and commodities. Measured inflation, however, remained quite low and the authorities did not feel compelled to change course. It was widely assumed that productivity gains from the information technology revolution would hold down inflation for a long time. This was the genesis of the asset bubble that has now burst.

Of course, the US Fed is not solely responsible for this situation. Many other agents played a role: Other central banks also kept rates too low, hedge funds multiplied the monetary stimulus through leverage and banks extended home loans recklessly. However, the excessively expansionary fiscal monetary mix was a very important ingredient. Former Fed chairman Alan Greenspan now publicly admits that he misread the situation.

The lesson is clear: expansionary counter-cyclical policies must be seen as a short-term expedient. One must always remember to turn off the tap once the crisis is over. Admittedly, this is politically difficult. Even in a boom, few political leaders can say that times are so good that spending must be drastically reduced. Central banks, for all their independence, remain under pressure to keep the economy growing as fast as possible. In effect, the counter-cyclical policy suffers from an inherent expansionary bias.

This is important to understand because policymakers around the world have been very aggressive in their response to the current financial crisis. Drastic times call for drastic measures. However, we will emerge from this with seriously indebted governments and large pools of primary liquidity created by central banks. If these are not reversed at the first opportunity, it is likely that policymakers are merely creating the conditions for yet another crisis in a few years’ time.

Longer term, there is no getting away from supply-side economics—that is, the need to create conditions for responsible investment and risk-taking. This is just as true for India. If we want to return to the days of 8-9% gross domestic product growth, we will have to re-ignite the reform process. The first generation of reform was about liberalization and the withdrawal of state. With some exceptions, this is mostly done. As the Satyam episode has taught us, the next generation of reforms must be about building the institutions of governance.

Sanjeev Sanyal is a fellow of the Institute of Policy Studies, Singapore, and economic adviser to Deutsche Bank. Comments are welcome at theirview@livemint.com