Home / Opinion / Online-views /  India, Pakistan and Bangladesh 70 years after the British left
Back
Share Via

India, Pakistan and Bangladesh 70 years after the British left

A comparison of India, Pakistan and Bangladesh on key social and economic parameters such as poverty, unemployment and child malnutrition

Seventy years after the British left undivided India, what is the state of its people? The eight charts presented here compare the trajectories of three countries in the region—India, Pakistan and Bangladesh. Additionally, data for China has been included to give us a sense of what might have been had we taken a different path.

The picture that emerges from these charts is that although India, Pakistan and Bangladesh are all now officially classified as countries of ‘medium human development’ by the United Nations and their economies are now much wealthier, their masses still live in poverty, working in precarious jobs with little security, in the midst of glaring economic and social inequalities and injustices. There is nothing new about all this, of course, except that recounting these facts may serve as a corrective to the absurd chest-thumping that has become popular these days.

Here are the charts:

India tops in per capita income 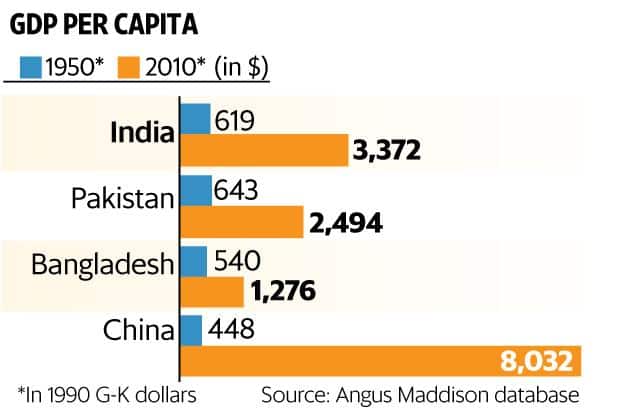 This chart, taken from the Angus Maddison database, tells us how much per capita income has improved since independence. India has fared the best, compared with Pakistan and Bangladesh. But China, whose per capita income was lower than that of what was dirt-poor East Pakistan in 1947, is now far ahead.

The average Bangladeshi lives longer than the average Indian 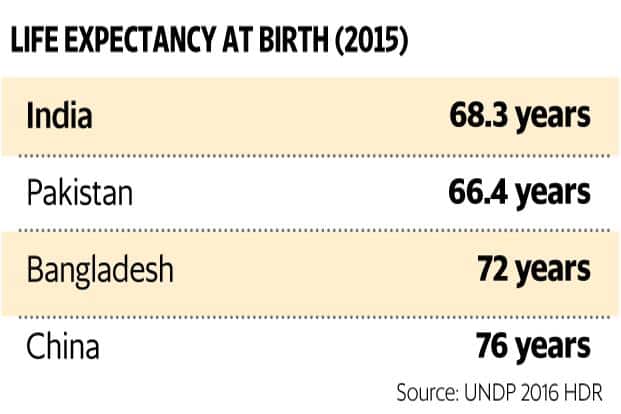 Inequality in India is the highest in the subcontinent 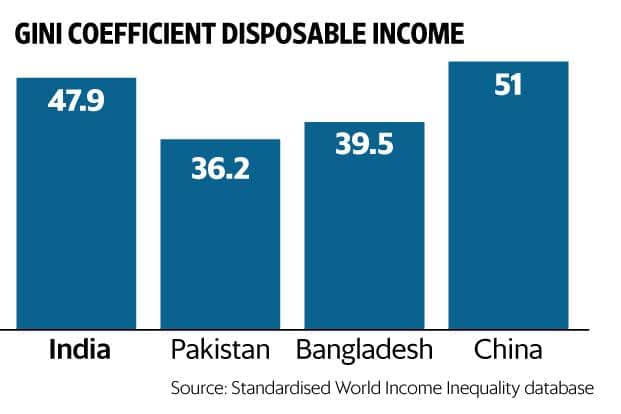 A higher inequality might show why India doesn’t do so well on average life expectancy and several other social indicators. As the chart shows, the Gini coefficient of disposable income, a measure of inequality, is much higher for India than for Pakistan or Bangladesh. Income inequality in China is even higher, but then the pie is much larger.

Bangladeshi women have higher average incomes than their Indian counterparts This chart shows working women in Bangladesh do better than their Indian sisters. This could be due to Bangladesh’s position in the garments industry, which employs mainly women. 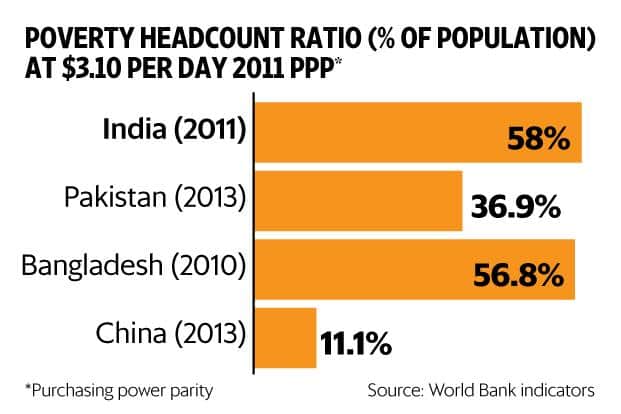 According to this yardstick of measuring poverty from World Bank indicators, the poverty headcount in India is higher than in both Bangladesh and Pakistan. The rich, of course, will be much richer in India, thus pulling up average per capita income. This chart shows India has a worse record than Bangladesh in child malnutrition. Pakistan’s record is terrible. Incidentally, child malnutrition in China was at 32.3% as far back as in 1990, lower than the present-day rate in the subcontinent. 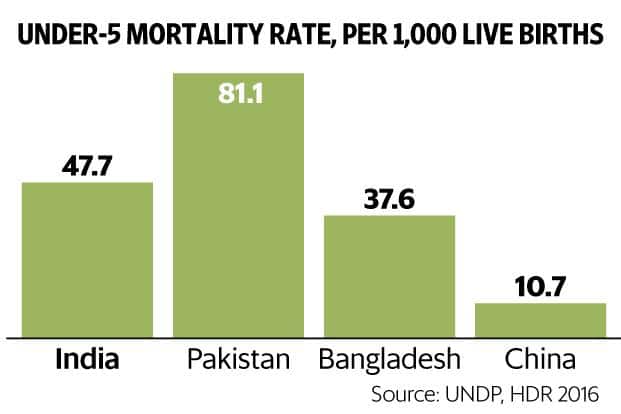 Taken together with the preceding chart, the data show Bangladesh has done a much better job of taking care of its children. This chart shows that the proportion of people in what the UN calls ‘vulnerable employment’ is much higher in India than in Pakistan or Bangladesh. Vulnerable employment is defined as the “percentage of employed people engaged as unpaid family workers and own account workers" . This is to a large extent precarious employment in the informal sector with little or no job security or benefits.