India’s ‘please none’ budget founders on deficit of hope

Narendra Modi government's last full-year budget before elections may not have lit any large fires, but it also failed to ignite any big hope

Nobody expected a “please all" budget from the Indian finance minister.

By the same token, nobody had quite anticipated what Arun Jaitley did deliver on Wednesday: a “please none" budget.

The bond market, already rattled by a slippage in this year’s deficit reduction plan, was told there wouldn’t be much belt-tightening over the next 12 months either. The fiscal shortfall for the year starting 1 April is pegged at 3.3%, from an estimated 3.5% for the current period. The original target was to cut them to 3% and 3.2%, respectively. 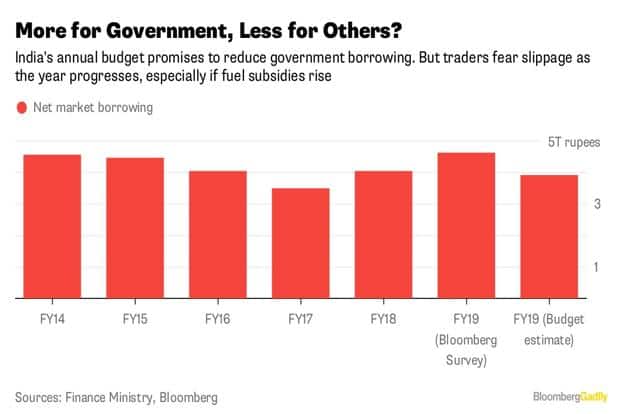 The equity market was disappointed by the absence of an anticipated reduction in the corporate tax rate. It will fall from 30% to 25% only for companies with no more than Rs250 crore ($39 million) in annual revenue. The smallest firm in the benchmark Nifty 50 Index has revenue of Rs6,400 crore. Both corporate and individual taxpayers will now pay a 1 percentage point higher education and health levy on top of profit and income tax. There’s minor tax relief for pensioners, but no broad-based reduction in rates.

Then, to displease all investors, Jaitley announced the return of the long-term capital gains tax buried 15 years ago and replaced by a securities transaction levy. Stocks and bonds sold after a one-year holding period are subject to a charge of 10% of profit, as opposed to none now.

Earlier this week, I cautioned against this misadventure.

For one thing, a developing country with inadequate domestic savings (and a perennial current-account deficit) needs a stable tax regime. Springing rude surprises on investors just because the markets are up a lot may yield the finance minister a tax egg or two — but at the cost of upsetting the golden goose. In India’s case, that means putting off foreign investors. The US hasn’t taxed nonresident aliens on profits from share sales — unless they represent gains from US real estate — since 1936. Canada gave up the practice as recently as 2010.

It’s just a hard tax to collect when the payer doesn’t have a permanent establishment within national boundaries. Besides, it’s what economists call a pro-cyclical tax: It fails exactly when the economy is weak, asset markets are faltering and the government needs resources. In Asia, Singapore and Hong Kong don’t impose capital-gains taxes on locals or foreigners. 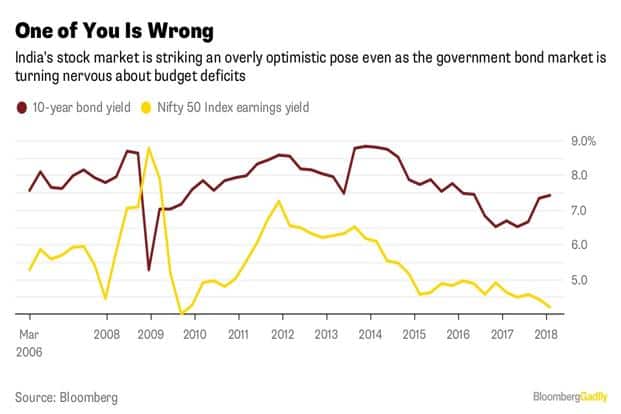 It won’t be a good outcome for India’s finance industry if foreigners choose to trade Indian stock futures in Singapore or Dubai, bypassing the onshore market altogether. (Hedge funds liked to trade India out of Mauritius to avoid a 15% tax on shares held for less than a year, but that advantage is on its last legs.)

The most encouraging thing in Jaitley’s budget was a bold move toward boosting social security: a Rs500,000 per year health insurance cover paid for by the government. With hospitalization being the number one reason for destitution among the working poor, the initiative could see a reduction in precautionary savings by people who don’t have much income to save anyway. In a country of 1.3 billion people, a jump in discretionary consumption — even at the bottom of the pyramid — isn’t to be scoffed at. Once the program reaches its goal of covering 100 million families, it should be good news for consumer companies such as Hindustan Unilever Ltd. and Procter & Gamble Hygiene and Healthcare Ltd.

But the tepid reaction from the stock market, which swung between gains and losses, shows investors will wait to see how it all adds up. The government’s last full-year budget before elections may not have lit any large fires, but it also failed to ignite any big hope. Gadfly Bloomberg