Super Mario Run will be another Nintendo one-hit wonder

Super Mario Run may be another fantastic success, but the future of Nintendo won't be built on one-hit wonders

Taipei: It’s quite exciting to see Super Mario Run finally hit the market and race straight to the top of the download charts.

Moving in the opposite direction are Nintendo Co.’s shares. That’s because we’re once again seeing a disconnect between what brokers view as a hit for the Japanese game maker, and the more realistic calculations being made by the long-short funds that have had as much fun playing Nintendo’s stock this year as they’ve had playing its smartphone games.

In the plus column for the argument that Mario will be a big winner is the fact that Nintendo developed the game itself, with an assist from DeNA Co., as opposed to merely collecting some royalties and fractional profits as it did with Pokemon Go. There’s also the strategy of getting revenue from consumers in a one-off up-front payment, instead of spreading the game far and wide and hoping to collect pennies from in-game purchases. 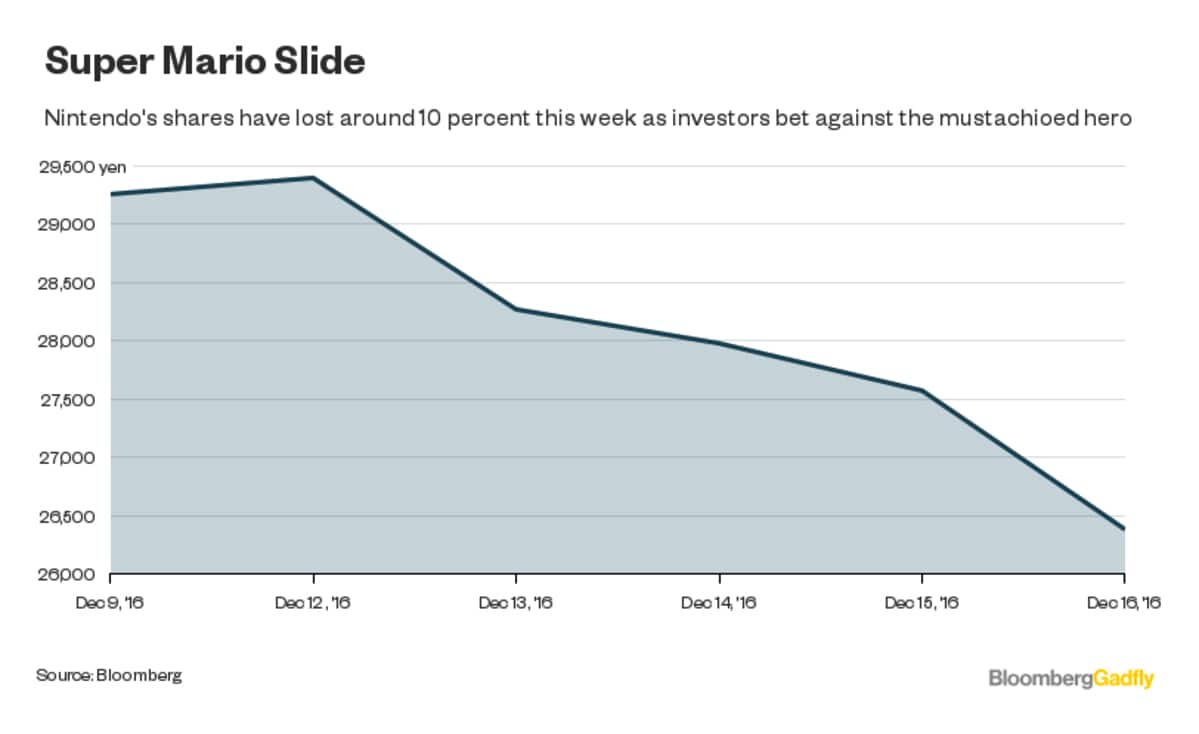 Over in the minus column we have the fact that Nintendo is relying on one-off up-front payments and doesn’t hope to collect pennies from in-game purchases. Yeah, that’s right, its strength is its weakness. Because of this business model we’re likely to see a short, sharp spike in revenue as early adopters pay a whopping 10 bucks for a bit of nostalgia. After that, the less-committed laggards will come along, play the first three stages for free and then decide that they can get more buzz from a few Chestnut Praline Lattes. 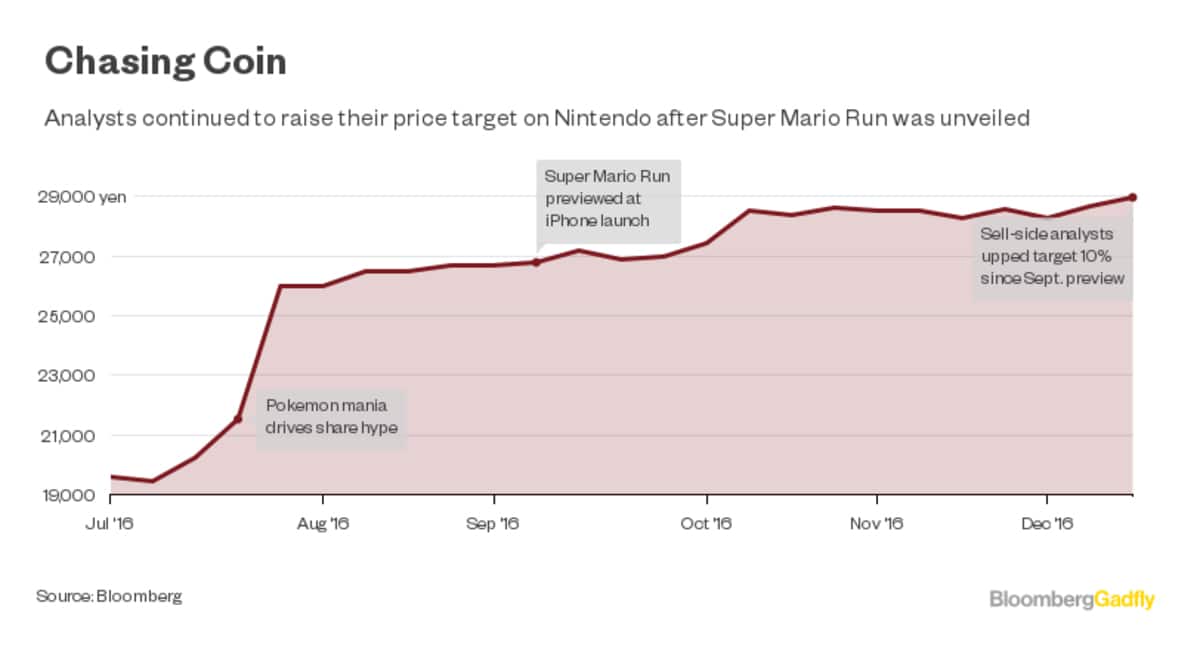 Mario may get a second wind when Nintendo releases Super Mario Run to the other 85% of the global smartphone market that’s not using an iPhone sometime next year, but it’s already understood that this user base spends a lot less on apps and games than their more cashed-up iOS counterparts.

That brings us back to Pokemon Go: This summer’s hit has already gone the way of the Tamagotchi and the Macarena. Long-term believers are buying Nintendo because they think management understands the value of its catalog of characters and know how to monetize it. Super Mario Run may be another fantastic success, but the future of the company won’t be built on one-hit wonders. Bloomberg