Some stories are worth recounting, if only to prevent their repetition in the future. The destruction of the Babri Masjid in 1992 and the role of L.K. Advani, once a contender for prime ministership, is one such tale.

On Monday, The Indian Express published a story about the indictment of Advani and other Bharatiya Janata Party (BJP) leaders by the justice Manmohan Singh Liberhan commission of inquiry. It is a meaningless indictment. Given the record of our criminal justice system, it is unlikely that Advani and the other persons indicted will ever face justice. In fact, the time has come to consider such crimes as a distinct set, one that calls for radically different judicial procedures to tackle them. 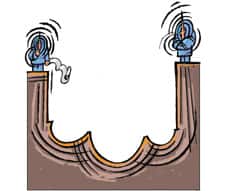 Beyond that cataclysmic political event, however, lies a bigger story, one that our political system is incapable of heeding. How did matters come to such a pass on 6 December 1992? A one-line version is this: history and a peculiar variant of democracy conspired to kill a mosque. Since Independence, the Indian Right has had little success. Instead of evolving into an issues- or agenda-driven system, democracy in India took the colour of the personalities that led it. Achin Vanaik, a public intellectual, has argued that since at least 1971, elections have become “plebiscitary": They have mutated into “either/or" contests. The Congress party won almost all these sweepstakes. The BJP and other players got much less.

Finally, in the years 1989-1992, the BJP created its own version of plebiscitary politics. It raised historical questions, questions that struck a chord in the Indian mind. These were used by the BJP to secure unprecedented victories. These were questions for which there were valid answers. But the Congress did not answer them or refused to answer them. Disputes about facts are one matter, but denial of historical memory is something else. This is what let the BJP craft a polarizing political strategy.

In the end, this chapter of history did much to demolish the political side of the Nehruvian order. The dismantling of the economic consensus had begun a year earlier in 1991 in the wake of the balance of payments crisis. The demolition, then, altered the political landscape of the country.

What next? Today, it seems Indian politics has touched calmer shores. But its inability to confront divisive politics of all shades makes this a doubtful proposition. Until then, episodes such as Advani’s indictment will continue to make headlines without any redress. Seventeen years after the demolition of a mosque, India continues to be haunted by that episode.

Advani’s indictment: too little, too late? Tell us at views@livemint.com