"storyDirectUrl"
OPEN APP
Home / Opinion / Give Narasimha Rao his due

Give Narasimha Rao his due

Give Narasimha Rao his due

Renouncing one of its most successful prime ministers at the altar of expediency and defending Atal Bihari Vajpayee’s “secular" credentials is a feat only the Grand Old Party of India is capable of accomplishing. The Liberhan commission report, by exonerating Narasimha Rao and censuring Vajpayee, had put the Congress in a quandary. After all, the meta-narrative of the post-Rao years has been that the demolition of Babri Masjid was Rao’s fault. For this, Rao was not merely punished but humiliated. Even in his death, he remained persona non grata with even his body not being allowed to be taken inside the All India Congress Committee building. Now, the debate in Parliament on this report has made it amply clear that the focus of the Congress’ defence will remain attacking Rao.

It is not difficult to decipher why the Congress has over the years created this myth that Rao was a closet sympathizer of the Ram Janmabhoomi movement. This allowed the Congress to absolve its rank and file of all the blame and make Rao a convenient scapegoat. It is neatly forgotten that it was Rajiv Gandhi’s government that opened the locks and performed shilanyas (ground-breaking ceremony) at the disputed site. 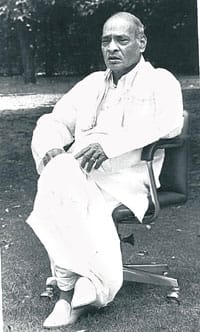 Being one of the most successful non-dynasty prime ministers is not something the Congress can?accept easily. HT

The early 1990s was a time when a succession of weak governments had left India rudderless—economically, politically and strategically. The world was changing rapidly and the Indian economy was collapsing. India was facing a million mutinies and there was no one of national stature to stem the tide. The Mandal-Mandir discourse— controversies surrounding caste reservations and Ayodhya—was threatening to unravel the country. It was at such a juncture that Rao assumed power. He had scant support from the senior party leadership of his own party, all of whom had their own aspirations to become prime minister.

Despite the caricature of Rao being indecisive, he was one of the most decisive leaders this nation has seen. On all crucial issues, he took decisions that have continued to shape India’s rise over the last two decades. Manmohan Singh may be touted as the father of Indian economic reforms; but as Singh has himself acknowledged, it was Rao who fathered the process. Singh was an economic technocrat with little understanding of political constraints. It was Rao who shielded Singh from the left wing of his own party, a flank that had left no stone unturned in opposing the economic liberalization programme. Rao made economic reforms politically tenable at a time when his own party was out to scuttle his most ambitious undertaking. How ironical, then, that today the same Congress-wallahs try to take credit for India’s economic success without acknowledging Rao’s role.

The other major challenge that India faced in the early 1990s was on the foreign policy front. The world had suddenly become unipolar, with India’s main ally, the Soviet Union, virtually disappearing from the world map. Recognizing that India would need the support of the West—especially the US—if the economic reforms were to succeed, Rao laid the foundations for a revival of US-India ties, acknowledging the importance of the US in the global strategic architecture. But he was clear that India needed other major powers as well: Hence his attempts to manage ties with China and Russia even at a time when Russia was widely viewed as a power on an irreversible downward spiral. In West Asia, Rao had courage no other Indian leader has displayed. He established full diplomatic ties with Israel in 1992 even as he reached out to Iran, paying a landmark visit to Tehran in 1993— the first Indian prime minister to do so since the 1979 revolution.

Rao was also the initiator of India’s “Look East" policy. He understood early on that the centre of gravity of global economics was shifting to the East and that India’s economic future needed to be linked to the booming economies in East Asia. He expanded India’s engagements with the Association of Southeast Asian Nations not only as a matter of India’s economic revival, but also as a counterweight to rising Chinese dominance.

On the internal security front under Rao, the Punjab situation improved markedly and the Indian security forces got a handle on the Kashmir insurgency—even as Rao revived that state’s political process.

For all this, Rao has only received contempt from his party colleagues. Being one of the most successful non-Nehru-Gandhi prime ministers is not something that Congress-wallahs can accept easily. In their deference to the dynasty, they have vilified Rao, a sagacious and wily leader who led this nation like few others. Hopefully, history will restore him to a place that he truly deserves—as one of the most remarkable leaders of modern India.

Harsh Pant teaches at King’s College, London, and is currently a visiting professor at the Indian Institute of Management, Bangalore. Comments are welcome at theirview@livemint.com