Everyone has decried the policy paralysis in government. Perhaps there’s more that is being lost sight of: a shift in style and substance of economic policymaking.

When foreign institutional investors are paring their exposure to India, the government relaxed investment norms for foreigners by allowing individual investors to invest in equities. Never mind that the current decline in foreign capital inflows has nothing to do with the lack of investment limits for foreigners.

In a similar vein, when the non-performing assets of banks are rising at an alarming rate, the Reserve Bank of India (RBI), in complete disregard to banking sector stability, diluted the prudential norms and reduced the requirement for making for regulatory provisions for such impaired assets. The sector is now vulnerable to asset quality shocks. 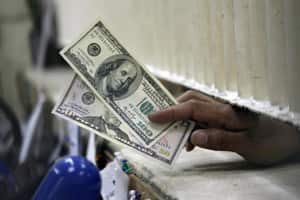 No wonder then, RBI virtually guarantees to reduce rates in two weeks from now. Not only is this unprecedented, it also flies in the face of monetary policymaking, which interacts directly and instantly with the markets. For instance, in this case, markets have factored in a rate cut and RBI has virtually lost the opportunity of an upside to a policy action.

It would now appear that the 13 rate hikes were like a course of antibiotics administered to the economy. Now that the infection is seemingly over—food inflation has turned negative (never mind the base effect)—the medication course is over and it is time for some vitamins. This is allopathic economic policy.

To define it, allopathic economic policy uses operationally short-term policies or interventions to suppress symptoms and alleviate the pain than address the pathology of disease.

To carry this classification forward (or backward, if you like), in the 1950s and 1960s, India followed what can be called the ayurvedic economic policy. It was a policy direction backed by a system of economic thought and operationalized through long-term policy interventions. Policymaking sought to make the domestic economic system robust and resilient. Insulating it from the outside world was an integral part of this method. The focus of macroeconomic policy then was to have a savings-centred economy, with investments being made “autonomously" by the public sector. Notwithstanding all the problems, a strong capital intensive economic base was created in an economy that was capital deficient. The rate of domestic savings which was a piffling 8.3% was trebled by mid-1970s.

Further down, from the 1970s to the mid-80s, the intrinsic strengths of the national economy were used to address growth issues. So, exploiting the huge home market and utilizing the domestic saving pool was the prime focus and eventually the driver of growth. Thus, it was a homeopathic economic policy that was being practised and propagated in the 1970s and 1980s.

At that time, much like homeopathic medicine, economic problems and distortions were seen/thought to be caused by disturbances from within the economic system such as income distribution. The homeopathic economic policy initiated a self-healing process, largely through fiscal policy, acting indirectly on the stressed sectors and segments of the economy.

Against that, the current bout of policymaking—allopathic economic policy—is countering the tendencies of the economy, but is not addressing the pathological problems or leveraging the structural strengths of the system. For instance, the measures taken to increase the inflows of foreign savings and help “broaden the class of investors and provide more depth to the market" can be of little macroeconomic consequence when the rate of savings in the economy at present is a staggering 36% of gross domestic product. Of which less than 5% gets into the particular asset class where an attempt is being made to attract foreign savings. Given such a large amount of domestic savings, is there really a need to tap foreign saving except to the extent of covering your current account deficit?

India has the capital resources domestically to meet its growth and investment plans, including infrastructure requirements. The problem is quite basic: inefficient financial intermediation and improper channelizing of the existing savings to growth and investment. A large amount of savings in India are locked up in three groups of institutions—banks, insurance companies and pension funds.

Banks face asset-liability problems in funding projects. Insurance companies can theoretically invest longer term, but have caps on investments in terms of both ratios and credit ratings.

These issues are symptomatic of a wider malaise—somewhere down the line, India’s policymakers seem to be losing their way. Though the intentions may be well-meaning, the bigger picture of what they intend to achieve is getting lost.

Haseeb A. Drabu is an economist, and writes on monetary and macroeconomic matters from the perspective of policyand practice. Comments are welcome at haseeb@livemint.com