Home / Opinion / Online-views /  Technology and public libraries
Back
Share Via

There is tremendous potential to turn around public libraries with some value-addition as community information, knowledge, resource, service centres

Libraries are the life blood of a nation. This is particularly true for a country such as India, which has a large number of young people aspiring for a better life. Yet, our public libraries are grossly neglected. Each one of the country’s 676 districts has at least one public library, an enormous resource that can deliver a critical public good if properly utilised.

Have public libraries become relics of a bygone era with rarely utilized resources? Are they struggling to survive in the contemporary world, amid change and new generational demands? Without enough visitors to serve their purpose, has their existence become largely symbolic, especially in states such as Uttar Pradesh (UP) and Bihar, and that, too, in the backward districts?

The scenario is not completely disappointing. There is tremendous potential to turn around public libraries with some value-addition as community information, knowledge, resource and service centres. Let’s consider some small examples. The Maharaja Harendra Kishore Public Library, set up in 1905 in Bettiah in West Champaran, a backward district in Bihar, was almost closed for years until the end of last year with no visitors to avail the resources available. With a new approach and method, the library since then has had more than 400 visitors as members were provided with access to Internet and communication technology (ICT) services. More than 400 people were trained in information technology (IT) skills and more than 200 availed the electronic resources. The existing library staff were introduced to new tools, membership was automated and digital cataloguing is being introduced, an information service for public schemes and services has been introduced, new partnerships forged with local agencies, schools, colleges and the local administration to make the public library a hub of activity. From no women visitors to more than 150, the library has seen a transformation. The enthused district administration has come up with investment in infrastructure, refurbishing the library, investing in furniture, building public toilets and giving a new look to the campus. 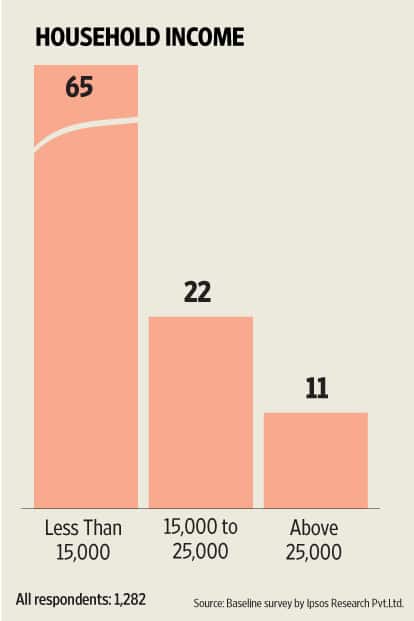 In another case, the Kanpur Nagar Public Library in UP had a daily average visitor base of 20 with other infrastructural, environment and management limitations. With a new push, it today has more than 50 visitors and still counting. It has provisions for access, learning IT skills, ICT services, membership automation, digital cataloguing, digitization of manuscripts, e-book resources and staff motivational programmes. These changes are also sweeping across district public libraries in Unnao, Barabanki, Lakhimpur Kheri, Raebareli and Balia—all in UP.

These programmes are part of a national pilot intervention in 10 districts of UP and Bihar that Digital Empowerment Foundation, Pratham, Nasscom Foundation and Rajiv Gandhi Foundation—all non-profit organisations—have partnered with the Bill and Melinda Gates Foundation since 2013 to facilitate positive transformations in these public libraries with knowledge and support of the state and district administration. The vision and plan to work in all functional public libraries across UP is also being taken forward with the state government. An India Public Libraries Conference in March is being organized to take this momentum forward. While the positive results are still emerging from these and other innovations in public libraries, there are enough reasons for the public library stakeholders to revisit and facilitate transformations in these public spaces. Apart from the need to invest in structural and operational changes, what has become urgent is to look into library services and content for the future; scope and role of technology in the library space; partnerships to strengthen capacities of libraries; and look into stakeholders engagement and policy amendments to enable public library subject as a programme and action priority in governance agenda at the district, state and central levels. The key national initiatives in the National Mission on Libraries (NML) and Digital Library interventions may require a big thrust to scale up and support public libraries in states. There has already been an effort to set up NML model libraries in 35 districts with emphasis on economically backward districts and provide 629 district libraries with network connectivity. This could also be the right time to look at our library laws and revisit them to meet changing requirements. Strengthening district library committees, giving more ownership and responsibility to the librarians, adequate training and skills for the library staff, constituting citizen committees at district level could be relevant ideas to work upon. Connecting the knowledge networks with the public libraries beyond the academic institutional libraries is a challenging area. In a broader sense, we also need to think whether shifting the library subject from the state list to the concurrent list will better serve the cause. It also needs to be debated whether the responsibility of public libraries should shift from the culture ministry to the human resource ministry with links to the ministry of communications and IT to provide a greater boost to out public libraries.

Investing in public libraries is the need of the time. It has wider social, cultural, knowledge, economic and political significance that has been ignored for long. It’s time to revive our libraries, and restore their prime position in our society. Osama Manzar is founder & director of Digital Empowerment Foundation and Chair of Manthan Award. He is also a member of working group for IT for masses at ministry of communication & IT. Tweet him @osamamanzar.