A new Panchsheel strategy for India

A new Panchsheel strategy for India

Multilateral negotiations are undergoing a major shift. Whether one looks at negotiations in the World Trade Organization (WTO) arena, the Rio+20 process or climate-change negotiations, the story is the same—the nature of negotiations, the power equations, and the tactics are fundamentally changing, and the stakes are getting higher. This presents both a threat and an opportunity for India—India must renew the way it engages to ensure its interests are protected and advanced.

There are four related changes that are taking place today. 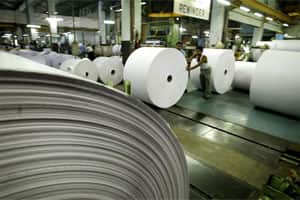 Third, vibrant domestic civil societies, spurred on by new media platforms, are holding governments much more accountable, and every move of negotiators is today open to real-time scrutiny and critique.

Fourth, as a result, multilateral negotiations, with the traditional “single undertaking" philosophy, are becoming more intense and detail-oriented, and progress is slow. An increasing army of “experts" have made negotiation-watching a full-time profession.

Strategy for India: A new-age Panchsheel

For India, this provides a moment of reckoning. If it adapts well, it can open up new strategic opportunities; if it does not, it could hurt its geopolitical ambitions and constrain its development agenda. Here are five things that must immediately form part of India’s strategy.

First, go on an economic growth overdrive. This might sound obvious, but the fact is that China can impose anti-dumping duties on US car imports because its gross domestic product (GDP) is more than three times that of India. Brazil can sue American oil companies for $10 billion because its GDP per capita is eight times that of India. We cannot continue to argue about “per capita entitlements" and the “right to development space" as a matter of right if we are not doing our bit to capture it for ourselves. Of course, this is not an argument for “economic growth at all costs"—the distributional and environmental aspects of growth need to be factored in.

Second, enhance bilateral and plurilateral partnerships and make these the pillars of our economic diplomacy. Multilateralism, which requires decisions by consensus among 194 countries, will move forward only slowly and painfully; WTO and climate-change negotiations clearly tell us this. So, India must vigorously pursue the bilateral agenda, through, for example, strategic partnerships with large countries (such as it has with Russia and Japan). It must also deepen economic partnerships with LDCs, SIDS, Africa and South Asian Association for Regional Cooperation countries through investment, aid, trade credit and capacity building assistance—India’s soft power can be a major weapon here.

Third, be seen to be a deal maker. Traditionally, Indian negotiators are seen as articulate, but also at times rigid and ideological, rather than pragmatic, often coming to the party late and grudgingly. This needs to change. India also needs to go on a PR overdrive, cultivating the domestic and international media actively and consistently, not episodically. It must clearly communicate its positions and scuttle the emerging anti-India rhetoric in international media, especially in the climate-change space.

Fourth, strengthen negotiating coalitions, but not become complacent because of them. India is part of developing country negotiating coalitions, such as G-77 plus the BASIC group (Brazil, South Africa, India and China). These coalitions give heft and strength to India’s positions. However, India must recognize the limitations of these coalitions as the ground realities, levels of development and priorities of countries in such blocs are different. So, while nurturing these coalitions, India must not bask in their comfort, but remain vigilant and flexible. It must anticipate possible changes in the positions of coalition members, and be prepared to respond.

Fifth, strengthen the core negotiating skill-set and negotiations preparation. Negotiations today are increasingly sophisticated and countries deploy multi-disciplinary teams of experts including trained negotiators, lawyers (trade and international law), economists, scientists, psychologists, academics and diplomats. Indian delegations, comprising largely of civil servants, often lack these inter-disciplinary skills. India must broaden the expertise in its negotiating teams. In addition, as negotiations are today a sophisticated discipline, negotiation skills training must be mandatory—we must go beyond just “red lines"; concepts such as Batna (best alternative to a negotiated agreement), reservation point, Zopa (zone of possible agreement), understanding parties’ positions versus interests, must become part of our negotiator’s lexicon. The negotiating teams must invest more systematically in preparation—they must be freed from administrative file work, be given reasonably long tenures, and meet regularly to brainstorm and evolve strategy.

Such a renewed strategic approach based on disciplined planning and execution is required to play and succeed in the professional negotiations league of today.

Varad Pande is an officer on special duty to the minister for rural development. These are his personal views.