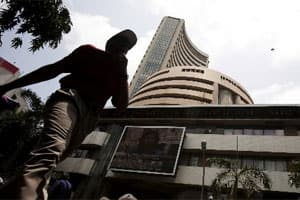 In China, weekend data related to industrial output, retail sales and inflation was satisfactory as industrial output remained better than the pervious month and also slightly above expectations, while retail sales remained slightly lower. The Spanish bailout and the Chinese data will boost Asian markets on Monday, but caution will prevail till the outcome of election results in Greece early next week.

Technically, the outlook for the Indian stock markets remains positive. On its way up, the benchmark Nifty index of the National Stock Exchange is likely to see its first resistance at 5,133 points, which is an important resistance level. If the Nifty survives this and manages to hold around this level, and even better settles above this level, then it would be a positive. The next important resistance would then come at 5,178 points. A probability analysis of momentum suggests there is close to a 84% chance of profit-selling around this level. But this would not threaten the short-term momentum in the Nifty, which means that though there would be profit-selling around this level, which may bring down the Nifty lower, it will not alter the positive trend. If the Nifty closes above this level, and volumes remain high, the next resistance target would shift to 5,256 points.

From my previous week’s recommendations, Jet Airways (India) Ltd gained as much 21.53% during the week. Needless to say the stock hit its target easily. GAIL (India) Ltd also met its target comfortably, but Balrampur Chini Mills Ltd missed it by a whisker and remains a valid recommendation for this week.