After years of systemic neglect, the Public Distribution System (PDS) is back in the news. The United Progressive Alliance (UPA) now realizes that this much-maligned government programme—providing subsidized foodgrains through a chain of more than half a million fair price shops (FPSs)—is critical to the success of the proposed National Food Security Act. So the nation should note that over the past six years, the state of Chhattisgarh has scripted a remarkable, but largely unnoticed, PDS turnaround. Thanks to its governance reforms, this “Chhattisgarh model" of PDS reforms continues to win admirers among policymakers.

The reform was initiated in 2003 after the Supreme Court commissioners’ office and the Right to Food Campaign reported, through detailed surveys, the wide-ranging corruption in foodgrain distribution. One key reason for this leakage was the privatization of the FPS network. In 2001, the government had added almost 5,000 private traders as FPS dealers, ostensibly to increase the outreach of the PDS. In reality, this was a cynical move to extend political patronage—local elite invariably ran the FPSs. The first reform, then, was to cancel all private FPS dealers in a single stroke and hand them over to cooperative societies, panchayats, women’s self-help groups and other public bodies. 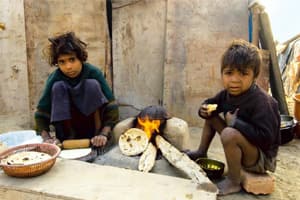 After the initial euphoria of de-privatization, it became apparent that more drastic changes were required. FPSs depended on private transporters to get grains into the shops. The state food and civil supplies corporation undertook the doorstep delivery of foodgrains to each of the shops. Chhattisgarh also used its own finances to increase FPS commissions fourfold, allocating Rs40 crore to recapitalize all the shops—their working capital needs could then be met without their having to pilfer foodgrains to make up the deficit.

In 2007, grass-roots surveys by the Right to Food Campaign brought out a startling fact. Though rice was now reaching the shops, the poor’s access to the subsidized rice remained limited. Only 1.9 million families were listed as being below the poverty line (BPL): The Union government released foodgrains only for these households. The state government decided to double the number of households which were receiving foodgrains, also reducing the rate at which rice was sold to the BPL households to Rs3 per kg. Chief minister Raman Singh launched the Chief Minister’s Food Security Scheme and made it his government’s flagship programme.

Simultaneously, state-wide drives were undertaken to eliminate nearly 300,000 bogus ration cards. All the 3.7 million ration cards were reprinted centrally through the creation of a database, which a llowed both photo identifications and bar codes. As an additional measure of transparency, each BPL household had its details painted on the house, the entire list of card-holders prominently painted on the panchayat building too.

To curb leakages during transportation, all the trucks carrying PDS commodities were painted in bright yellow colour: Consumers could alert the food department in case this truck was found unloading foodgrains at any location other than FPSs. Global positioning systems were installed in the trucks as well. That wasn’t the only good use of technology: The government used SMSes to alert those who registered for this service to the quantity of foodgrains and the registration number of the truck carrying it. A toll-free helpline was set up to receive and, more importantly, redress complaints.

Chhattisgarh made an annual fiscal commitment of close to Rs1,800 crore for this programme and enforced a zero-tolerance policy on corruption. A number of senior officials from the state food and civil supplies corporation were booked under the Essential Commodities Act, with arrest warrants issued against them. This had a salutary effect in reducing corruption: The latest survey by the Right to Food Campaign in a sample of 650 villages (excluding the Naxal-affected pockets in south Bastar and Dantewada) showed that 92% of respondents received their full quota of foodgrains; 96% had their ration cards in their possession (compared with 58% in 2004); 97% of the respondents were satisfied with the food quality.

Many states have subsidized rice schemes for the BPL households. The only difference Chhattisgarh made was to add the highest level of political commitment. If politics is all about numbers, the evidence from this state is clinching. In parliamentary and assembly elections, in which the Bharatiya Janata Party won, many a seasoned political commentator felt that it was paddy rather than the lotus that seemed to have bloomed here. What, then, are the lessons that the UPA can learn from these reforms—something that should form a critical part of the National Food Security Act?

First, an expanded PDS, with universal or near-universal coverage, stands a much better chance of succeeding rather than one driven by minimalist BPL quotas. A scheme only for the very poor will always remain a very poor scheme. Second, privatization that just strengthens the local elite should be done away with; instead, it’s government machinery that should be strengthened. Third, a majority of leakages occur much before the foodgrains reach FPSs: An excessive focus on the “last mile", with solutions such as smart cards and unique IDs, will change little on the ground.

Fourth, political will and good governance need to translate into specific reform steps. You know you have it when you are willing to prosecute offenders without fear or favour and you commit your best human resources to strengthen a programme. As the last general election showed, the states (Orissa, Chhattisgarh, Tamil Nadu and Andhra Pradesh) where political parties successfully managed to break the anti-incumbency factor had expanded their PDS. What greater incentive can there be for reforms than success at the polls?

Biraj Patnaik is principal adviser to the commissioners of the Supreme Court in the Right to Food case and has been involved with PDS reforms in Chhattisgarh since 2003. The views expressed here are his own. Comments are welcome at theirview@livemint.com