Samit Basu’s novel Turbulence is a funny and fast-paced fantasy yarn that makes tongue-in-cheek use of almost everything in contemporary life: politics, socio-historical trends, comic books and super-hero films, etc. The story is simple: Everyone on BA flight 142 from London to Delhi gets off the plane with a unique superpower, the power that they wanted most in life. For instance, Tia, an oppressed and home-bound housewife who loves her children but also dreams of other lives, gets the ability to split into multiple selves. Vir, an Indian Air Force pilot, becomes a flying superman; a schoolgirl becomes a manga comic figure at will; and an aspiring starlet gets the power of being adored by everyone, etc. There are negative powers too. And very soon it appears that someone is killing off some of these passengers. What happens next? Read it and find out.

“You’ll laugh, you’ll cry, you’ll gasp, and you will demand a sequel," claims the blurb by Ben Aaronovitch, author of cult TV series such as Doctor Who. For once, we have a blurb that is not off the mark.

The art of comics 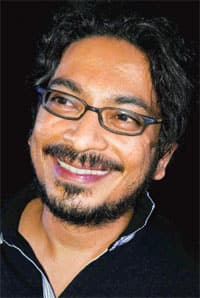 Having done the requisite grumping, I have to concede that when graphic novels work—as art, literature and social criticism—they are as good as anything else in the world. One recent graphic novel by an Indian that works is Sarnath Banerjee’s The Harappa Files. Though stronger in the field of language than images, it still manages to combine the two adroitly to comment on the current state of India. From babudom to huge cars with a chauffeur driving a lunch box in the back seat, from Che to Gemini (the market beggar), from gargoyles to wig makers in Bethnal Green, this graphic novel provides a humorous and perceptive graph of the nation and its denizens.

In an earlier column, I had complained about the fact that translations and translators are not properly valued or rewarded in India. As such, in this column I take pleasure in announcing two excellent translations of two important novels by two major bhasha writers.

Jnanpith-awardee U.R. Ananthamurthy’s Bharathipura is a modern classic of Kannada literature. Susheela Punitha’s English translation seems to do it full justice, at least in the eyes (and ears) of a non-Kannada speaker like me. A major work of what is sometimes termed “caste literature", first published in 1973, Bharathipura examines the tensions between caste and new economic forces in a small temple town. Its concerns— particularly those of human complicity in resistance to and perpetuation of injustice, as well as the need and limits of human intention—remain deeply valid even today.

The other translation that I can recommend this month is Shashi Deshpande’s translation from Marathi of Gauri Deshpande’s Deliverance: A Novella. Gauri Deshpande (1942-2003) was a bilingual poet, essayist and fiction writer in Marathi and English, and in Deliverance we find her at her best as a woman writer who was accused of “writing like a man"—that is, boldly and fearlessly about societal mores and sexuality.

Tabish Khair is the Denmark-based author of The Thing about Thugs.

Write to Tabish at readingroom@livemint.com