Uncertainty is a public good

Uncertainty is a public good

Over the weekend, a friend sent me an article that appeared in Bloomberg Businessweek (read here) recently on genome sequencing. Genome sequencing is supposed to help us eventually with preventive cures even for fatal diseases. But the journalist who offered himself as a guinea pig for the genome sequencing discovered that we can always have too much of a good thing. Information is one and certainty is another.

Lynn A. Stout, professor of corporate and securities law at the University of California at Los Angeles, has been vocal and at the forefront in warning of the dangers of the over-the-counter (OTC) derivatives markets. He is one of the few who could genuinely say, “I told you so". In his paper “Derivatives and the Legal Origin of the 2008 Credit Crisis" published in 2011, he has assigned a central role to the Commodities Futures Modernization Act (CFMA) passed by the American Congress in 2000 in precipitating and worsening the credit crisis.

Throughout the 200-plus-year-long history of derivatives trading in the US, derivative contracts between two counterparties who have no economic interest in the underlying that is being traded were not banned, but they were held to be legally unenforceable. That placed a lot of onus on the parties to the contract to verify the ability of the other party to honour the obligations under the contract in all aspects. More importantly, the legal unenforceability limited the proliferation of such speculative contracts. What CFMA did in one stroke, in the words of Prof. Stout is this: 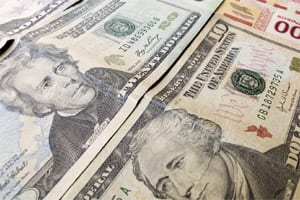 We toss around rather carelessly terms such as “transparency", “innovation" and “certainty". We assume, without much discussion or thinking, that these are good in and of themselves and having more of them can only be better than having less of them. The legal certainty that CFMA provided did not reduce, but generated and greatly amplified systemic risk.

Consequently, one may put forward a hypothesis that the purpose of regulation is not just one of protecting public interest and minimizing public costs of “private" actions, but also that of creating and maintaining constructive uncertainty (or, ambiguity) in the minds of economic agents and financial market participants. This may sound rather odd. After all, elimination of uncertainty sounds like a worthy goal in itself and almost human beings would prefer less to more certainty. Paradoxically, this is the only “good" that Americans would prefer to have less of! For all that, they are profoundly unhappy and uneasy with the state of affairs in their country.

Between 2000 and 2004, both as a matter of principle and in response to the collapse of the technology bubble and the bombing of the twin towers, American policymakers removed legal and interest rate uncertainties. The result was the mortgage and credit crisis of 2008. Fast forward to 2012 and Bernanke has gifted Americans the certainty of zero interest rates until mid-2014.

Bare Talk recalls a remark by Y.V. Reddy, the former governor of the Reserve Bank of India that policy certainty is a public good and that it cannot be provided for free. If I may extend it further, policy certainty is a public good and, hence, it should only be deployed where there is unambiguous public benefit or where public benefits exceed public costs. If private parties seek policy certainty, they must be willing to pay for it. For example, if there is policy certainty that institutions that are too big to fail would not be allowed to fail, then naturally they would accumulate risk beyond their private capacity to handle. Now, if the government wishes to provide this certainty, then perhaps it should extract a commensurate insurance premium for providing that certainty.

There is a danger that this will open a Pandora’s box in India where policymakers have turned uncertainty into an art form through their arbitrariness. Bureaucratic discretion still dominates rules and where there is scope for discretion, there is uncertainty. Too much of it can be economically debilitating. If removed completely, human beings turn extraordinarily complacent and hubristic. America is an example of the latter and India is an example of the former.