Returning to the age of Ranade

Returning to the age of Ranade

Narendra Modi recounted an interesting episode during one of his recent public meetings. The Gujarat chief minister was in Dwarka, where he met a group of local women. He asked how many of them were educated. To his surprise, the women over 80 raised their hands while many of the younger women did not. This is not the usual pattern in most parts of India, where younger citizens are more likely to be educated.

The reason why all the older women of Dwarka were educated was that they grew up in the erstwhile kingdom of Baroda, ruled by the great Sayajirao Gaekwad III. Primary education was compulsory in the state for boys and girls after 1906, many decades before independence. 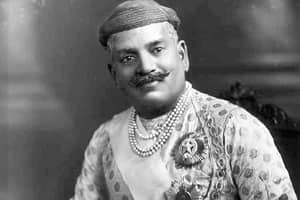 Sayajirao was catapulted to the Baroda throne by the British, who wanted a puppet to rule the state. His later relationship with the imperial power was uneven, with alternating episodes of conflict and cooperation. But he was no puppet. He turned out to be a visionary leader who saw the need to build a modern state, nurture an industrial economy and promote social reform.

The list of his achievements as a ruler from 1875 to 1939 is truly astonishing. Baroda had free and compulsory primary education for all. Child marriage was banned. Divorce was legalized. A network of libraries was set up across the state, modelled on American public libraries. The first textile mills, railways and the Bank of Baroda were set up. The arts were given state backing. The city was beautified with wide roads, parks and public buildings. Sayajirao also spotted fresh talent. He encouraged men of the stature of B.R. Ambedkar, Aurobindo Ghosh and Sarvepalli Radhakrishnan at the beginning of their careers.

A year before Sayajirao was born, 1862, saw the first graduates come out of the first three universities set up in 1857. The official history of Mumbai University says that 132 students enrolled in the first batch. Twenty-two of them passed the matriculation examinations. Of these, 15 decided to study for their graduation. Only four managed to get the degree—Mahadev Govind Ranade, Ramakrishna Gopal Bhandarkar, Bal Mangesh Wagle and Vaman Abaji Modak. Each of them played an important role in the intellectual and social life of western India over the next few decades.

These decades saw the first signs of national renewal. India experienced an economic boom thanks to the first wave of globalization, especially in the Presidency towns set up by the British. Nationalist thinkers questioned the basis of colonial rule. Social reformers campaigned against evils such as caste and gender discrimination. Swami Vivekananda took the message of India abroad. The first capitalists set up factories.

The quest to build a modern India began in those decades, and the early university graduates and progressive rulers such as Sayajirao were umbilically linked to this quest. India in the last decades of the 19th century was akin to Europe in the years of the Renaissance— rediscovering its roots as well as yearning for a modern future.

The Indian renaissance was halted in its tracks for a variety of reasons that cannot be covered in a 1,000-word newspaper column. But the failure to extend the gains of those years in subsequent decades led to a confused nation that is still grappling with the dilemmas of tradition and modernity.

One of the most succinct comparisons between the decades on both sides of World War 1 was provided by B.R. Ambedkar, as always a sharp critic of M.K. Gandhi. Here is what Ambedkar said in a speech given in 1939: “We are standing today at the point of time where the old age ends and the new begins. The old age was the age of Ranade, Agarkar, Tilak, Gokhale, Wachha, Sir Pherozeshah Mehta, Surendranath. The new age is the age of Mr Gandhi and this generation is said to be the Gandhi generation. As one who knows something of the old age and also something of the new, I see some very definite marks of difference between the two. The type of leadership has undergone a profound change. In the age of Ranade, the leaders struggled to modernize India. In the age of Gandhi, the leaders are making her a living specimen of antiquity. In the age of Ranade, leaders depended upon experience as a corrective method to their thoughts and their deeds. The leaders of the present age depend upon their inner voice as their guide... The leaders of the old age took care to be well clad while the leaders of the present age take pride in being half clad… To my mind there is no doubt that this Gandhi age is the dark age of India. It is an age in which people instead of looking for their ideals in the future are returning to antiquity. It is an age in which people have ceased to think for themselves and as they have ceased to think they have ceased to read and examine the facts of their lives."

Contemporary India should seek more inspiration from the age of Ranade and Sayajirao, two men who were far ahead of their times.

Write to Niranjan at impartialspectator@livemint.com