Benchmark stock indices surged last week as investor sentiment turned positive on hopes of policy reforms after Prime Minister Manmohan Singh took charge of the finance ministry temporarily and hinted at action to come. Lower crude oil prices and a stronger rupee also boosted sentiment. Globally, the surprise turn of events at the keenly watched European Union summit provided a shot in the arm for stock markets. The euro zone leaders agreed at the summit to make their aid rules more flexible to shore up banks and lower the borrowing costs of stricken members like Italy and Spain. Although this by itself wouldn’t be sufficient to end the European debt crisis, and many sketchy details are still to be clarified, it’s a big step in the right direction. Although the initial signs from the meeting unnerved the markets, the final outcome triggered a widespread global rally in risk assets. The outcome also stirred action in the forex markets, with the euro rising sharply against the dollar. In the debt markets, yields on Spanish and Italian debt fell steeply, which boosted investor morale across markets. 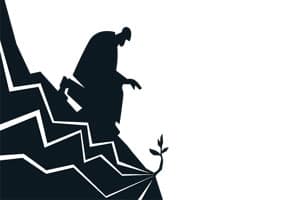 For equity markets, the technical outlook remains bright as the key indicators are pointing upwards, suggesting more gains over the week. The Nifty, on its way up, faces its first resistance at 5,346 points, which is an important level where some healthy consolidation is possible. If the Nifty breaches this level on good volumes, the next resistance would come at 5,382 points, which should be watched closely. A probability analysis suggests that there are 78% chances that the Nifty would see good resistance around this level and that should lead to some profit taking. In case momentum pushes the Nifty above this level at the close, it would come as bullish signal. The next resistance, which would be moderate, is at 5,432 points, followed by strong resistance at 5,508.

Among other factors affecting the markets this week, HSBC Markit Purchasing Managers’ Index (PMI), monthly auto sales numbers and international trade data for May will be watched closely on Monday. In the US, key jobs data including the ADP employment report, weekly jobless claims and non-farm payroll data will be watched very closely this week as they are key indicators of the strength of the US economy.

Vipul Verma is chief executive officer, Moneyvistas.com. Comments, questions and reactions to this column are welcome at ticker@livemint.com