Indian stock markets gained for the second week in a row on persistent buying by funds and traders on hopes of aggressive cut in interest rate and cash reserve ratio (CRR) by the Reserve Bank of India (RBI) in its first quarter review of monetary policy meeting on Monday. There’s hope for monetary policy easing, as India’s industrial output grew much lower than expected in April and showed the economy is slowing. There were many indications of what could be the possible RBI action on Monday. However, inflation played spoilsport once again as higher rate of price rise faded some optimism of aggressive rate cut hopes. But hopes remain alive as despite a rise in inflation in May to 7.55% from a year ago, the core wholesale price inflation rose an estimated 4.85%, giving some room for RBI to cut interest rates. Since markets have already seen a long rally, a cut of 25 basis points (bps) in the repo rate and 50 bps cut in CRR is already discounted. One bps is 0.01%. If RBI fails to meet market expectations, which is more than what has been discounted, then there could be a knee-jerk reaction in the stock markets. Monday will thus be important, as it could set the tone on bourses in the short term. 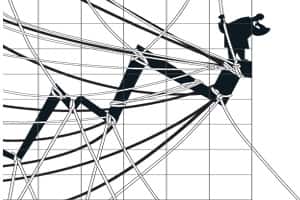 There are also indications of monetary easing and interest rates cut by the European Central Bank. Even the US has said that it has a tool-kit that stood ready to preserve market confidence. I think preparation for the worst has made the world so well prepared that in worst case scenario, there may not be a crisis that cannot be managed. However, if things go as hoped in Greece, then there could actually be a rally on global bourses, which will be driven by hopes of more liquidity in the system and some stability coming to euro zone. Greece is not the only worry for the euro zone, as Spain is growing bigger in crisis by each passing day. Markets will keenly watch Spain after the Greek election is over.

At home, market sentiment hangs in balance with optimism over dovish policy undertone is being underscored by inflationary pressures in economy. I will wait for the final outcome of RBI meeting to take a call on the likely trend on bourses. Technically, the trend on bourses looks cautiously positive. It is worth mentioning that last week, the benchmark Nifty index on National Stock Exchange of India Ltd moved up as per expectations, but found resistance around 5,133 points twice, which indicates the conviction is weak in the market. However, since the Nifty has closed above this level, the sentiment remains cautiously positive.