Home / Opinion / Online-views /  Dhanlaxmi Bank&#8217;s untold story: why the CEO had to go
Back
Share Via

Dhanlaxmi Bank&#8217;s untold story: why the CEO had to go

Dhanlaxmi Bank’s untold story: why the CEO had to go

Had the 85-year-old Dhanlaxmi Bank Ltd, headquartered in a southern Indian state, been a human being, I would have said she has been suffering from schizophrenia.

Its managing director and chief executive officer (CEO) Amitabh Chaturvedi quit last Monday. The bank’s board will meet on Tuesday to take into account its December quarter earnings. It will announce a net loss of Rs30 crore or even more, probably the first of many quarters of losses. After Chaturvedi’s exit, the Kerala bank that wanted to become a new-age national bank will go back to its old self, a sleepy regional bank waiting to be taken over by a bank with a national presence. 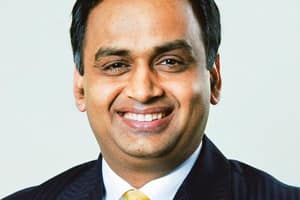 If one takes a close look at Dhanlaxmi in the past three years, since Chaturvedi took over the assignment, nearly all these symptoms were manifest in the bank’s actions and business strategies. And they grew with the banks’ militant trade union, Chaturvedi and India’s banking regulator contributing, not in equal proportions though. Chaturvedi wanted to grow fast—he could change the appearance of the bank (its reception at the Mumbai corporate office has mirrors, symbolizing fantasy and delusion), but the soul never changed.

Chaturvedi cut his teeth in banking at India’s largest private sector lender, ICICI Bank Ltd, once the most aggressive bank in the country. Between 2003 and 2008, he had worked first with the undivided Reliance group as chief of its asset management business and later with Anil Ambani’s Reliance, heading its financial services arm, Reliance Capital Ltd, which owns the asset management company as well as insurance ventures. In five years, assets managed by the firm rose from a few hundred crore rupees to close to a trillion rupees, a testimony to Chaturvedi’s passion for growth. When he left the Reliance Group to join the bank, many thought he was going there with a mandate to bring the bank under the Reliance Group’s fold as junior Ambani’s dream of dabbling in banking services is well known.

At a town hall meeting at Thrissur where the bank is headquartered, immediately after he took over, Chaturvedi had made it clear he was no Ambani man and he would not let anybody take over this bank. Instead, he would make it strong and look for acquisitions. To allay trade unions’ apprehensions, he had also said that no employee would be retrenched. Along with these, he played a few gimmicks, such as raising the salaries of employees, offering jobs to their children, and changing the name of the bank (from Dhanalakshmi to Dhanlaxmi). The new name has three letters less, but Chaturvedi was no believer in numerology; it was done as the old name, he felt, was a tongue-twister.

By the time he joined, the bank was under the so-called “monthly monitoring" of the Reserve Bank of India (RBI); two representatives of the regulator were on the bank’s board as “observers" and all credit proposals of Rs3 crore and above were to be approved by the board. A subcommittee of the board was involved in every single recruitment, even for a clerk. The bank had about 1,400 employees on its payroll and another 1,500 employees used to work on a daily-wage basis.

Chaturvedi tried to change the culture, and initially he succeeded in doing so as he bought peace with trade unions by raising the salary level and offering jobs to employees’ children. He also gave an option to Keralites working in Delhi, Mumbai and other metros to come back to their state—a move loved by all. But the honeymoon did not last long as the trade union turned increasingly restless for fear of losing its grip over the bank, and with Chaturvedi reckless in his pursuit of growth. He opened 66 new branches and converted many extension counters into full-fledged branches to have an all-India footprint. While quite a few of the daily wage-earners got into the payroll, overall the bank’s employee strength rose from 1,400 in fiscal 2009 to 4,780 in the first half of fiscal 2012.

The business also grew at a breakneck speed. For instance, when Chaturvedi joined the bank, it had a loan portfolio of Rs2,500 crore and a deposit base of Rs3,400 crore. In the three years till September, the loan book grew to Rs10,100 crore and deposits to Rs13,800 crore. Not too many banks can grow at such a scorching pace, that too at a time when economy has been slowing and the world is yet to come out from the impact of an unprecedented credit crunch in the aftermath of the collapse of US investment bank Lehman Brothers Holdings Inc.

Indeed, Chaturvedi could bring down the average age of Dhanlaxmi Bank from 57 to 32, manage an all-India presence (out of 275 branches, 128 are outside Kerala), and increased business manifold, but all this came at a cost. Its wage bill rose from Rs60 crore to Rs220 crore, and the cost to income ratio went up dramatically. As income did not grow in sync with expenses, the bank resorted to “accounting innovations" as otherwise it might not have been able to declare profits. So, certain incomes that should have been booked over a period of time were booked upfront, and expenditures that should have been done upfront were staggered over a period of time.

An RBI inspection revealed these, but these accounting innovations—which Indian banks do occasionally when they need to show profits—would not have come to light had the trade union been with Chaturvedi. The union started “exposing" him when its membership started dwindling with aged employees retiring and new employees were not allowed to join the fold. Chaturvedi tried to buy peace by allowing the new hires to join the trade union provided they agree to be governed by the industry wage pact (it amounts to a sharp cut in salary), but it was not easy as a few members of the board have empathy for the union’s causes.

By October-November last year, Dhanlaxmi was regularly discussed in the Kerala assembly as well as India’s Parliament, and the trade union shot off letters to all its depositors asking them not to keep their money with a bank that could collapse. A few institutions that kept bulk deposits with the bank at that time declined to rollover deposits and withdrew about Rs1,000 crore, plunging it into a liquidity crisis and adding a new dimension to the problems that Chaturvedi was busy tackling.

Dhanlaxmi had to borrow heavily from the interbank market to plug the liquidity deficit. Chaturvedi, I am told, was ready to sell some of its loan portfolios to other banks to ease pressure on liquidity and was not in favour of stopping giving loans to new customers while the board was against any expansion in business. That was the flashpoint—the chief executive officer and the board could not reconcile their differences, leading to Chaturvedi’s exit.

With the board refusing to back him, Chaturvedi had very little choice as the bank did not have enough government bonds in its portfolio that could be sold to generate money. Under Indian banking norms, a bank needs to invest at least 24% of its deposits in government bonds and the excess can be either sold or offered as collateral to RBI for borrowing money. Once it stopped lending, Dhanlaxmi’s income dried up, but operating expenses, driven by high wage bill, continued to be high and hence the net loss in December quarter.

It’s too early to say how the new boss P.G. Jayakumar will lead the bank, but the Chaturvedi phase in Dhanlaxmi offers quite a few important lessons.

First, it is high time the trade unions learnt to be responsible if they want to stay relevant. They are almost buried in public sector banks and the CEO’s ouster is a very small victory to celebrate as the investors will punish the bank hard.

Two, a bank’s profile cannot be changed overnight. Chaturvedi was in a hurry to make an ICICI Bank out of a tiny, sleepy regional bank, but smart employees, new branches and mirrors at the reception can at best create an illusion. He also made the cardinal mistake of not raising capital ahead of focusing on loan growth. Had he raised capital in time, the bank would not have been forced to stop lending for the lack of liquidity. This I find strange, as he belongs to the Kamath school of banking, which gives importance to capital above everything else.

Finally, RBI needs to answer a few questions. For instance, how could a bank—closely monitored by the regulator—be allowed to open 66 branches shortly after the new CEO took over? What were the RBI observers (initially it had two, and later one) doing when Chaturvedi was expanding business as if there was no tomorrow? And, how could the regulator okay Chaturvedi’s second three-year term in October last year if it was convinced the bank had indeed indulged in accounting irregularities?

Incidentally, a frustrated trade union escalated its aggression when it found Chaturvedi would be around for three more years after RBI okayed his extension.

Tamal Bandyopadhyay keeps a close eye on all things banking from his perch as Mint’s deputy managing editor in Mumbai. Your comments are welcome at bankerstrust@livemint.com