The endgame in Europe

The endgame in Europe

The question of whether Greece would be allowed to leave the single currency looms large in the minds of the market as the euro zone summit last week closed without any apparent agreement. But it would be a mistake to assume that doors have been slammed shut either on Greece or on further euro zone stimulus. Greek exit from the euro zone would still be the very last resort for Europe.

Greek elections are due in a month, too. Popular support is evenly divided between pro- and anti-euro parties. Psychologically, the pro-Europe camp has an advantage. For Greece, to belong to the euro club is a badge of honour. In the end, that might tilt the scales in favour of the pro-Europe parties even if exit makes economic sense, as Aravind Subramanian argued recently in the Financial Times. Why is that so? 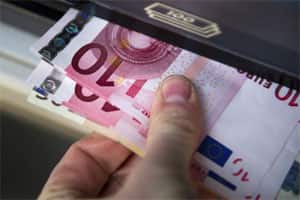 To prevent this uncertainty, politicians will come up with an approach towards collective mediocrity into which Germany would be fused, most reluctantly and unwillingly. Remarks of the Italian prime minister after last week’s summit provide early and important clues on the eventual induction of Germany into the Mediterranean club.

Let us be clear. The splintering of the euro zone into its individual constituents will be a good thing for the world—cost of capital might begin to reflect reality. Discriminating sovereigns on the basis of their risk will begin to happen. Genuine diversification will become possible for investors. As for the potential setback to a European single market if the euro zone splinters, Europe can still pursue a free trade zone with all nations signing on to keeping their borders open for goods, services and labour. The North American Free Trade Agreement could be a better precedent for euro zone than a single currency.

However, this won’t happen.

Germany has as much, if not more, aversion to war and friction as it has aversion to inflation. In the end, the former might prove to be a more powerful impulse. German politicians know that they have benefited overall from the single currency project. But they have made a mistake in their posture.

By acting as though they are reluctant to make concessions, they have tried to play hardball with the “European Latin Club". They have alienated them politically. In the process, they thought they would convince their public that they are protecting the “German way" of running Europe.

In other words, German politicians have engineered a “lose-lose" situation for themselves personally and for Germany, politically. Economically, even if these “sacrifices" preserve the single currency (we assume that German public is unable or unwilling to risk the whole project), it is not clear it would benefit Germany. Higher inflation, higher borrowing costs and lower credit rating might nullify and neutralize German competitiveness. The single currency, which benefited Germany in its first decade, might well become a millstone round its neck in the next decade or less, because the underlying conditions in the regional and in the global economies have changed. Thus, the long-term outcome might yet be a bitter one.

It would be both ironic and tragic if the euro zone project, meant to cast the rest of Europe in the German mould, ends up casting Germany in the mould of the rest of the mediocre Europe.

Bare Talk is clear that this price is not worth paying. The preservation of European unity and the euro zone would come at an enormous fiscal cost, loss of credibility for Germany, for the European Central Bank and for global financial, monetary and price stability. In fact, the preservation of the façade of European unity and the single currency through fiscal stimulus and additional monetary stimulus (on top of all that has been provided already) would make stagflation and mark a decisive and irrevocable move towards the end of all paper currencies. Unsurprisingly, the veneer of European unity will eventually come off and so would the single currency. Therefore, by going this route, Europe will have bought more time but only to bring about greater chaos and greater pain.

There is one important caveat to the above scenario. The final path that Germany and the euro zone take is in the hands of the German public. In that answer, lies the fate of the single currency, the euro zone project, European unity and a lot else.