Thanks for Visiting Mint
You seem to have an Ad Blocker on. Please turn it off in order to continue, or whitelist Mint
HOW TO TURN OFF AD BLOCKER
OR
REFRESH IF YOU ALREADY TURNED OFF THE AD BLOCKER
Home >Opinion >Online-views >Will you miss the finance minister?

Will you miss the finance minister?

Will you miss the finance minister?

Corporations and industry lobbies were hugely disappointed with the decision of the Reserve Bank of India (RBI) to hold interest rates steady in its mid-quarterly monetary policy in June. With the economy slowing rapidly, many expected the central bank to cut rates. RBI governor D. Subbarao didn’t oblige them and, instead, lobbed the ball back to the government’s court. Unless the fiscal deficit is reduced, monetary policy alone cannot address all the ills of the economy. 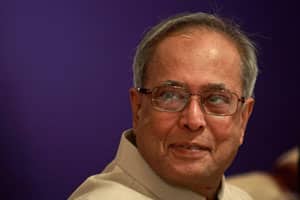 A week ahead of the policy, U.K. Sinha, the chairman of the Securities and Exchange Board of India, urged the government to hasten reforms to revive investor sentiment and boost economic growth. “Some of the reforms which have been on the anvil for almost a decade...are yet to come through. And that is…a matter for all of us to ponder very seriously… How long can we go on deferring this?" Sinha asked at a function, a day after the pension reforms Bill was deferred by the cabinet due to opposition from the Trinamool Congress, a key partner in the ruling coalition. Sinha said the pension sector reforms, along with similar moves in other segments within the financial sector, could help revive investor sentiment and economic growth. “... It has been years and years that some of these reforms are yet to come through. And that is something all of us have to counter very seriously," news agencies quoted him as saying.

He lacked time as well as the right mindset. His first stint as finance minister was between January 1982 and December 1984, when India was a closed economy and the finance ministry had the last word on everything that mattered. Mukherjee followed the same philosophy during his second stint—between January 2009 and June 2012. This is why UTI Asset Management Co. Ltd (UTI AMC), India’s fifth largest mutual fund by average assets, has remained headless since February 2011. UTI AMC’s five shareholders—Life Insurance Corp. of India, State Bank of India, Punjab National Bank, Bank of Baroda and US firm T. Rowe Price—had converted the human resource and compensation committee of the board into a search committee. The board also appointed executive search firm Egon Zehnder to recommend a suitable candidate for the top job to this panel. Zehnder identified two candidates. It was up to the asset management firm’s board to pick its chief, but the government stepped in, backing Jitesh Khosla, an Indian Administrative Service officer of the Assam cadre. Khosla also happens to be the brother of Omita Paul, adviser to Mukherjee. The search panel didn’t find him suitable, but the government doesn’t want to give in as yet.

In his first stint, Mukherjee was lauded for not drawing the last instalment of the International Monetary Fund’s loan of around 5 billion SDRs (special drawing rights); but this time, he did nothing for which he should be missed. Indeed, he took care of the economy in the wake of the global credit crunch that followed the collapse of US investment bank Lehman Brothers Holdings Inc., but the basic ingredients of the stimulus packages had been put in place by his predecessor P. Chidambaram.

Mukherjee could not create a political consensus among the states and the opposition political parties for taxation reforms such as the goods and services tax and the direct taxes code. There was no closure on any important legislation during his tenure. On top of that, the retrospective amendments to tax laws and the threat of introduction of general anti-avoidance rules spooked investors.

He could neither manage the economy nor the expectations. Days before he stepped down as finance minister, Mukherjee dangled lollipops of big bang measures to talk the economy up. Allowing firms to borrow in dollars to cover rupee loans up to $10 billion, raising the cap on foreign investment in government bonds to $20 billion and a nod to sovereign wealth funds and pension funds to invest in government securities aren’t measures one needs to prepare the market for days in advance. They are typical of Mukherjee—a band-aid approach; no permanent solution. Throughout his tenure, Mukherjee didn’t look for any real solution to the sagging economy.

He didn’t have the time to do so as politics took precedence over economics. He got his reward for that. The economists can criticize him, but does that matter to Mukherjee?

Tamal Bandyopadhyay keeps a close eye on all things banking from his perch as Mint’s deputy managing editor in Mumbai. Comment at bankerstrust@livemint.com