Volatility may rule the bourses

Volatility may rule the bourses

The crossroads is the best way to describe the markets in their present state. The much-awaited federal budget once again proved to be a dud for the stock markets as it failed to impress both the masses and the business community. The markets were hoping that finance minister Pranab Mukherjee would not miss the opportunity this time to steer the economy in the right direction with appropriate economic reforms. But now, with a moderate budget, markets could be sulking in the immediate term as there is complete lull as far as triggers are concerned. 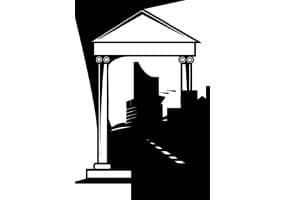 Globally, it was a yet another good week with Germany leading the gainers rising over 4% for the week, followed by France, up 3.08%, and US ended up about 2.4%. The Indian markets ended marginally lower. The positive momentum in the US economy continued his week as well with the economic pointers related to jobs, retail sales, consumer price index and producer price index all in line with expectations, which pushed the benchmark S&P 500 index above 1,400to close at its highest level since 20 May 2008. The US markets now are showing that some steam is still left in the northward momentum and may continue to rise this week as well, which is likely to offer a boost to the global bourses. This week, the US economic calendar is light with key data including midwest manufacturing data for January due on Monday, housing starts and building permits on Tuesday, existing home sales on Wednesday, weekly jobless claims on Thursday, and new home sales data on Friday. There is no major data due in China, while in the UK the consumer price index for February will be released on Tuesday and retail sales on Thursday.

Technically, though the global outlook continues to remain positive, cracks have started appearing clearly on Indian charts. Till the last week, I was maintaining a positive outlook. Now my view has changed and I see a consolidation within a big range. The benchmark Nifty index on the National Stock Exchange will continue to trade between 5,461 and 5,167 points. A break on either side would become the trend for the Nifty.

On its way up, the Nifty now has a good resistance at 5,381, which, if broken, will lead to further gains, which might propel the Nifty to its next resistance band of 5,453-5,461 points. This is a crucial level, which, if broken, will mean a big rally in the short-term with the next resistance coming at 5,542, which will be moderate. The next resistance at 5,631 will be a major one and will be worth watching closely. On its way down, the first major support will come at 5,267 points. If it holds, it will be a positive sign as it will mean gains from this level. However, if this support goes, the Nifty could slip further by about 100 points to 5,167, which is another meaningful support. It would be important to see if the Nifty holds this level. A comfortable close below this will be a bearish signal. My analysis suggests some downward movement in the benchmark indices initially, while there could be recovery towards the end of the week. I am also expecting volatility to rule the bourses.

Vipul Verma is chief executive officer, moneyvistas.com. Comments, questions and reactions to this column are welcome at ticker@livemint.com