Why India’s sanitation crisis is a public health emergency

The horrific rapes in Badaun in Uttar Pradesh and in Bhagana in Haryana have one common element: the absence of toilets. The victims had to step out at night because there was no toilet at home. The absence of sanitation is not just a threat to the safety of women but also to the health of children. 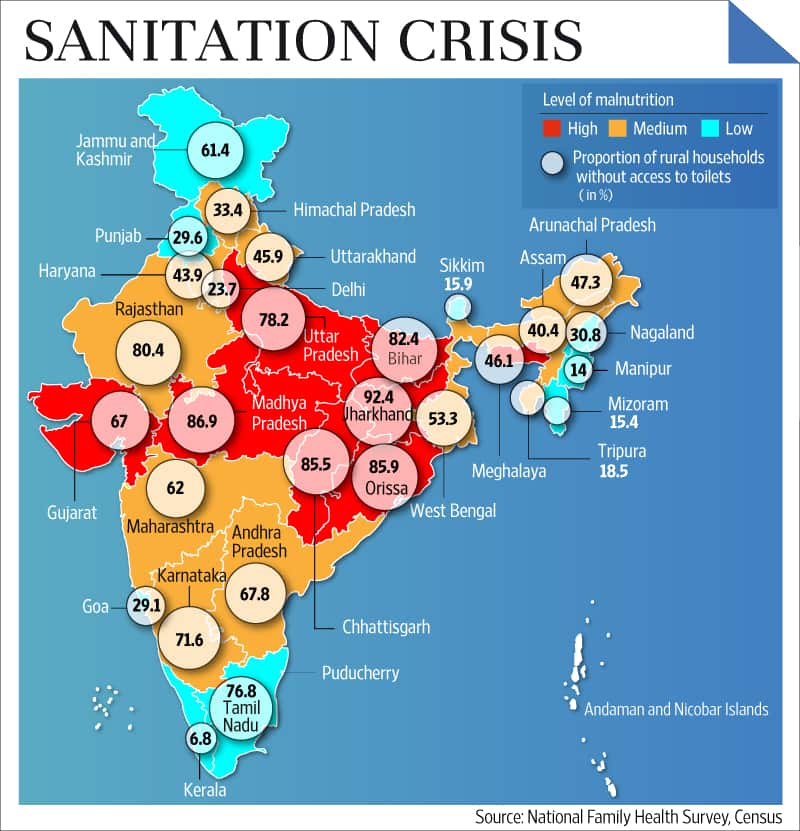 It becomes clear that if sanitation is poor in a high-density area, the children there face greater health risks. The divergence in malnutrition rates across Indian states attest to the importance of sanitation. States like Kerala, Manipur, Mizoram and Sikkim, where 80% or more of the rural population have access to toilets, have the lowest levels of child malnutrition in India. Conversely, in states such as Uttar Pradesh, Bihar, Madhya Pradesh and Jharkhand where the overwhelming majority of the rural population lack access to toilets, child malnutrition rates are among the highest, as the accompanying chart shows.