Better markets for the poor

Better markets for the poor

In recent times, much of the policy debate has centred on issues relating to unequal distribution of income, poverty and governance. Each of these issues has grabbed considerable media attention under the garb of Naxalism, inclusive growth, corruption and regionalism. The reasons for persistence of each are primarily lack of access to education and basic healthcare, unequal distribution of productive assets (land, livestock and so on), and lack of legal empowerment of the vulnerable sections of the population.

Evidence suggests that poor communities face their own development problems related to poor infrastructure (roads, electricity, telecommunication and so on), which either prevent or make it more costly for them to participate in the market. In addition, inefficient and corrupt bureaucracies raise transaction costs in the asset market important for the poor. For example, the controversy surrounding India’s First Family being accused of land grabbing is a testimony towards how land records are poorly maintained, and the possible corruption of officials who have the authority to certify ownerships. In a similar vein, recent incidents in Maharashtra—reflecting the emergence of regionalism (thanks to the Shiv Sena)—show what can happen to a vibrant democracy if property or legal rights are not properly enforced. 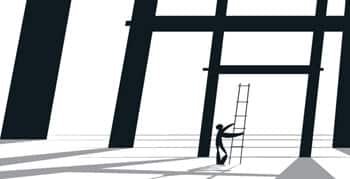 All growth models, such as the Solow growth model (named after economist Robert Solow), the endogenous growth model and so on, have tried to explain higher standard of living (read: per capita income) without explicitly accounting for market imperfection. In fact, the fundamental assumption for these growth models to work is that the capital market is perfect—so that whatever is saved can be invested for productive purposes. Development economists have looked at other factors, such as better access to health and education—not otherwise considered in the growth models—as indicators of well-being. They also do not explicitly focus on market imperfection. In fact, what has gained prominence in recent times is the debate over how to measure poverty in India, and effects of factors such as globalization, trade and domestic market reforms on poverty and distribution of income. Again, examination of the causes for market imperfection (that might lead to persistence of poverty) is missing.

What about the policymakers in the ministry of finance—the people responsible for formulating the budget? Over its tenure, the United Progressive Alliance government with all its good intentions has successively increased allocation of funds meant for various development programmes, primarily in the areas of health, education, water supply and National Rural Employment Guarantee Scheme (NREGS). However, the results in the form of outcomes are not satisfying.

These programmes, generally run in partnership with state governments, lack accountability. Teacher absenteeism in public schools, absenteeism of medical professionals, unavailability of medicines in government hospitals, and lack of sanitation and availability of clean drinking water are prevalent. The question is how to foster accountability. The problems with executing public project are higher administrative cost in terms of implementation and corruption. Corruption might have other economic implications, too. For instance, if money used under NREGS contributes to projects that never get completed, then it might add to inflation.

Moreover, since the majority of the poor is dependent on agriculture, there is a need for developing the agriculture sector—both in terms of sustainability of production (read: reducing volatility of agricultural output), and increasing productivity. Lack of rainfall-linked insurance schemes, cold storage facilities, irrigation system, dams and tanks, connectivity of rural markets to urban markets and ban on futures trading in agricultural commodities have contributed towards volatility of agricultural output, leading to persistence of poverty in rural areas.

Working towards removing market imperfections and better governance can help translate India’s growth experience into development for the deprived. A country that neglects this cannot grow in the long run. Improved standards of living cannot be ensured through increased growth rate alone. For example, during the 1960s and 1970s, Brazil witnessed higher growth but as distribution of income along with other quality indicators of life such as health and education were neglected, higher per capita growth could not be sustained.

One way to imbibe better governance and reduce corruption is to follow a carrot-and–stick-based strategy where performers, even at the state level, can be rewarded/penalized in terms of fund allocation. Sustainability of inclusive growth calls for better usage of public funds—which can happen only through better governance and by removing market imperfections. Otherwise, the objective of inclusive growth can be self-defeating.

Nilanjan Banik is associate professor of economics at the Institute for Financial Management and Research, Chennai. Comments are welcome at theirview@livemint.com