Thanks for Visiting Mint
You seem to have an Ad Blocker on. Please turn it off in order to continue, or whitelist Mint
HOW TO TURN OFF AD BLOCKER
OR
REFRESH IF YOU ALREADY TURNED OFF THE AD BLOCKER
Home >Opinion >Ask Mint | Trend watch: spot the right time to invest

Johnny: Last week we had to leave our discussion halfway. Let’s carry it forward—how can we know for sure that the trend we are currently watching is the primary trend? 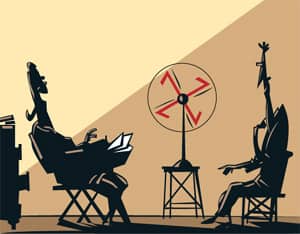 Johnny: Finding a change in direction seems not so easy. What guidelines does the Dow theory prescribe?

Johnny: It all sounds like a karmic cycle. What message does the Dow theory have for common investors?

Jinny: The first thing that you should keep in mind is that the Dow theory does not make any prescription for any short-term speculation in the stock market. The emphasis is on the primary trend which generally has a lifespan of a year or two. But you should also keep in mind that there is no formula for predicting the exact length of the primary trend, so there is always a chance of getting caught in a short-term reversal. Like any popular theory, the Dow theory has been attracting its own supporters and detractors. You would find many studies which confirm the essence of the Dow theory but at the same time you would also find people who consider it utter nonsense.

Johnny: Well, every popular formula comes along with a warning: use your own judgement.

What: The Dow theory prescribes three stages for any primary trend, either upwards or downwards.

How: Any change in direction of the primary trend can be found by comparing the primary and secondary trends together.

When: As per the Dow theory, the second stage of the primary bull market trend is the most appropriate stage for joining the market.

Shailaja and Manoj K. Singh have important day jobs with an important bank. But Jinny and Johnny have plenty of time for your suggestions and ideas for their weekly chat. You can write to both of them at realsimple@livemint.com