Land acquisition isn’t just about land. It reflects what the government believes to be an antidote to rural poverty: growth and industrialization, or fiscal transfers such as open-ended spending on welfare and subsidies. Given that an ancient piece of law—the Land Acquisition Act, 1894—still governs land acquisition, the United Progressive Alliance (UPA) has its work cut out.

In this light, Mamata Banerjee’s opposition last week to the UPA’s attempts to reintroduce two pieces of legislation—the Land Acquisition (Amendment) Bill and the Rehabilitation and Resettlement Bill—ensures that we remain stuck in an economy where the rural poor need the state to survive. But it’s the same state that creates the problems: The 1894 explanation for “public purpose", which allows acquisition of land, is so expansive that it is surprising there haven’t been more battles over land. 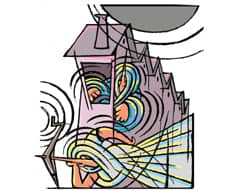 India is still far from redeclaring the right to property as a fundamental right, but at least the government is attempting repairs with these two Bills. Though far from perfect, they are a step towards acknowledging Nandigram and Singur: “Public purpose" is more narrowly defined and rehabilitation concerns are addressed.

With Banerjee’s recalcitrance, the UPA may have exchanged one obstacle, the Left Front, for another. But whatever the Left’s quibbles with the previous government, the West Bengal’s government still understood the need to pursue industrialization. This need seems lost on Banerjee, who came back to political stardom by agitating against land acquisition and industrialization in Bengal, and who now wants to use this card to trounce the Left in the 2011 assembly polls there.

There are good reasons to be sceptical about Banerjee’s new free market avatar: Instead of the current scheme, where the state acquires 30% of the land while private parties acquire the rest, she wants private parties to acquire 100%. That may be fair; but in seeking to torpedo both Bills in their entirety, Banerjee never offers an alternative to promote industrialization.

What kind of land acquisition policy can ensure growth? Tell us at views@livemint.com