Is the Indian equities market overvalued?

At the bottom of the unease with the rally is the fact that the market has diverged from the fundamentals. It is solely liquidity that is driving the market up.

Market rallies have seldom been so unloved. Scarcely a day passes without some market analyst sounding the alarm that equities are now above “fair value". One big reason is the Through-the-Looking-Glass world of the global financial markets, what with strange fauna such as “quantitative easing" and negative interest rates proliferating, while we eagerly await “helicopter money". There is no shortage of Cassandras predicting it will all end in tears.

Indian markets have been far from immune to the massive flows of liquidity spilling over from the unconventional monetary policies adopted by central banks in the advanced economies. But are they overvalued? A look at chart 1 certainly gives reason for disquiet. It compares Bloomberg’s earnings estimates for FY17 for the Sensex from 1 April till date, with the value of the Sensex. Both the earnings estimates and the Sensex have been rebased to 100 as on 1 April. The chart shows rather starkly that while earnings estimates have fallen a bit, the Sensex has soared. This is at the bottom of the unease with this rally—the market has diverged from “the fundamentals". It is solely liquidity that is driving the market up. There could, though, be one domestic factor for the optimism—the reduction in interest rates. Chart 3 shows the sharp fall in the yield on the 10-year government bond. But valuation is also relative. How does Indian market valuation compare to its peers? Chart 4 looks at the one-year forward price-earnings multiple for the MSCI India index with that for MSCI Asia ex-Japan. The valuations of both the Indian and emerging Asian markets have gone up. The Indian market has always fetched a substantial premium and this is reflected in the chart. Notice that this premium has widened a bit since last April—there’s more froth in the market now. 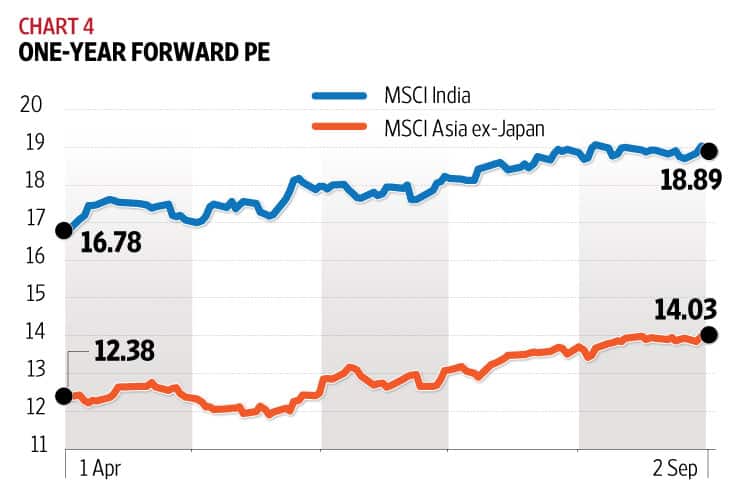 Chart 5 shows that valuations have expanded for the developed markets too, as seen from the one-year forward PE for the MSCI World Index. But here too, the premium of MSCI India over MSCI World has been rising. Is the valuation for the Indian market too high by historical standards? Chart 6, which tracks the one-year forward PE for MSCI India from 2009, has the answer. It shows that we are still not in record valuation territory, but we are rapidly approaching it. 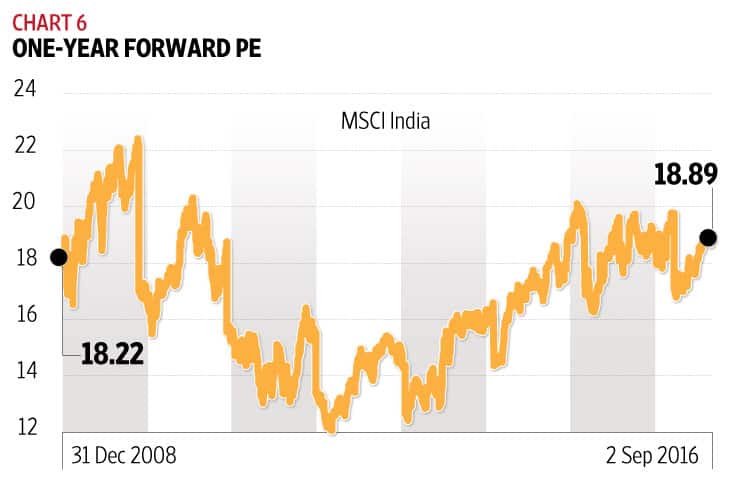 Chart 7 gives the other reason for unease among market analysts—the very low volatility. The chart maps the India Vix and the CBOE Vix for the US market. Note their close correlation, another indication of the global nature of equity markets today. (The spike in June was due to the Brexit decision). The last time the India Vix was so low was in December 2014 and the markets climbed till March 2015 before starting the long slide down. It’s already below the lows seen last December, before the mayhem in the markets at the beginning of the year. It doesn’t take very long for the smugness to disintegrate into fear. Is there reason for fear? Well, the only reason why an investor in Europe or Japan would invest in a bond paying a negative interest rate is if he believes rates would become even more negative or because he thinks he can offload it to a bigger fool. It is a very shaky basis for investment. With more than $13 trillion in negative yielding debt, any rush for the exits could make the 2008 crash look like a minor pullback. And if that isn’t worrying enough, there’s also China and the debt mountain.