While there has been debate on and off over the relevance of the Press Council in the prevailing media scenario, the debate over so-called paid content has revived the argument over the role of the agency and whether there is any point in keeping it alive.

At the core of the latest controversy is the sale of space in the print and time in the electronic media. What’s carried in that space or time isn’t labelled as advertising for the benefit of readers and viewers, but masquerades as legitimate news.

While this trend itself is not new, it has become more deeply entrenched and even institutionalized in recent times. P. Sainath broke the story in The Hindu about politicians who engaged in the practice during the Maharashtra state elections of 2009. He even gave specific prices for the various types of coverage sold by newspapers, besides showing how the same write-ups praising chief minister Ashok Chavan were carried in three different newspapers during the elections. 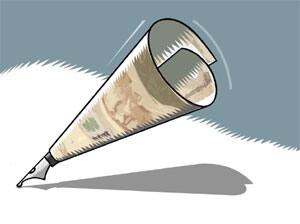 Parliament also raised the issue and condemned the practice. In keeping with the tenor of the public debate, the Press Council was emboldened enough to condemn the trend and, in response to the demand by lawmakers, set up a two-member committee to look into the “allegations".

This committee completed a draft report last month that was to be released to the public. That’s now on hold after strong opposition from some media owners— who are also council members—at a meeting held on 26 April 2010. Their resistance stems from the report supposedly having named newspapers and channels engaged in paid news practices.

The findings of the draft report reveal a disturbing trend. Though some have complained that the evidence presented is weak, the report identifies several publications that are believed to have sold editorial space, and it lists instances in which the practice transpired.

Today, discerning media consumers can detect paid content not just in the regional-language media, but in the mainstream English-language media too. Add to that, it’s not just political news that is “sponsored", but business, sports, cinema and everything else, including cultural events.

There are obvious forms of commercialization eroding the media’s credibility. One is the concept of the so-called private treaty, which offers companies a certain amount of advertising space in exchange for equity stakes in the firms. Such a barter system has nothing intrinsically wrong with it, but when the Chinese wall between advertising and editorial is breached, there can be serious conflict-of-interest implications.

Last year, even the capital market regulator, the Securities and Exchange Board of India, wrote to the chairman of the Press Council expressing concern about the practice.

Why has the Press Council not been able to ensure that the media remains free of blemish? On its website, the Press Council calls itself “one of the most important bodies that sustain democracy, as it has supreme power in regard to the media to ensure that freedom of speech is maintained". Ideally, it should have been playing a critical role as a self-regulating body. That doesn’t seem to be the case in this key issue that threatens the foundation of our democracy.

By hesitating to make public the report on paid news, the Press Council is missing a golden opportunity to take a proactive stand. The trend may be condemned by everyone, but until those engaging in it can be pinned down, the malaise is difficult to treat.

Clearly, self-regulation is not sufficient to address complex problems that affect our media today. We need to create more adequate systems with punitive powers that can help foster a vibrant media in our country. Perhaps it’s time to give the Press Council a quiet burial.