The end of financial inclusion

The end of financial inclusion

It is an alarming situation, largely self-made. We have lost the financial inclusion agenda. Totally. People might point out to small instances, a glimmer of hope, a success here, a success there, but there is no policy framework to tackle inclusion.

There were four models of financial inclusion in India—cooperatives, the first model, was effectively killed. The other three channels were buried under United Progressive Alliance II. It was killed not because of policy paralysis—an attribute widely applied to the government, but by policy activism. 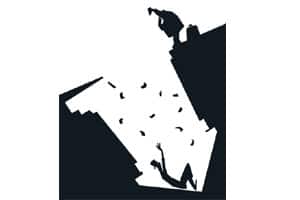 The AP impasse has also resulted in the first loan write-off scheme in the private sector, without being named so. The promised microfinance Bill will take its time and one is not sure what promise it delivers.

The inclusion agenda of the commercial banking sector is confused if not dismal. Banks are given aggressive targets for inclusion without a context or a framework. Here, RBI got it right: opening branch licensing; freeing interest rates; permitting multiple modes of outsourcing; fast tracking technology adoption; and making it mandatory for banks to present financial inclusion plans. It did not impose any transaction level constraints.

The Union government through the ministry of finance, however, is playing an activist role to the detriment of the commercials of the inclusion. Even before the business correspondents could stabilize, they proposed ultra small branches with a mandate that the bank officer should be present at least once a week. MFIs demonstrated the use of public spaces to transact without overheads. The weekly frequency was widely criticized as onerous even when it was cost-effective. However, the ministry issues diktats without a costing, without a break-even or a business plan. These may not scale; if they do, they will blow up in the face of the banks because of unrealistic costs. A lose-lose situation.

On the most promising and the most successful community based model of inclusion, the finance minister himself delivered the killing shot, at the behest of the ministry of rural development (though the initial phase is restricted to 600 blocks, it is a disastrous note as the AP experience tells us).

Here were, self-help groups (SHGs), by name and object helping themselves. They were saving among themselves and when they matured started borrowing from banks at rates that were mutually agreeable and commercially tenable. There were complaints that the banks do not lend to these SHGs, but the experience where they did, was good. The women would discuss who needed money and lent it with a liberal margin, but the profits remained within the groups to be redistributed later. Then came the devastating pavala vaddi (interest subsidy) scheme of AP when Y.S. Rajasekhara Reddy was the chief minister. This gave SHGs a loan at an effective rate of 3% per annum. While the incentive was back ended it was not targeted at the individual.

What does the AP experience tell us? Earlier the women would sit together, write up why and how much they needed in a micro-credit plan that would go to the bank to be financed. Now they do that mechanically: purchasing a buffalo costs as much as a sewing machine and a tea shop. The loans are distributed equally. The women are smart to figure out that if they borrow at an effective rate of 3% per annum it is profitable to park it in the simplest of savings bank account at 4% per annum, higher interest rates elsewhere in the banking system and even higher rates in the informal markets.

AP was not the best example to follow, but the finance minister followed. He announced an interest rate cap of 7% for the groups and a back-ended incentive of 3%. Nobody asked for this sympathy. Swabhimaan is dignity, not sympathy. What was needed was dignified access. Bankers who were reluctant to lend at 12% will not lend at 7%. The 3% subvention that comes with a lag is not good enough. Not when the banks are listed.

This was an avoidable bottomless pit in which SHGs will be buried. MFIs demonstrated the irrelevance of interest rates at small ticket sizes as long as there was access. The solution does not address the problem.

M.S. Sriram is an independent researcher and consultant, and former professor at Indian Institute of Management, Ahmedabad.