No country for women

No country for women

She wanted a night out with her friends. She is a teenager. She got into an argument. She left the bar. And then her nightmare began. Louts and ruffians, who had no business asking her why she was out, or at a bar, or what she was wearing, and certainly had no right to touch her, violated her body, assaulted her dignity and looked triumphantly at the camera. By watching the reruns, many more among us have become accomplices. People who have no business knowing her name, now know her name, thanks to careless politicians. The criminal attack in Guwahati will inevitably leave scars on the young woman which will take a long time to heal.

Meanwhile, many of us have watched the video clip on the Internet, clicked “like" on Facebook pages or signed electronic petitions to express our outrage and we expect someone—may be Aamir Khan—to fix the problem.

We have seen this narrative before, at different places, at different times. We have seen it on the streets of New Delhi, where women find it almost impossible to walk as the sun sets. (Some of my friends tell me that molesters don’t come out only at night). We have seen it in Mumbai, at Apollo Bunder, on New Year’s eve; at the Juhu beach. We have seen it in Mangalore, where overzealous activists of Sri Rama Sene turn up at pubs, hounding young women and young couples who want a nice evening out. The pink chaddi campaign shames them for some time, but how large does the cloth have to be to wrap around the countless shameless thugs who roam the streets, harassing women, so that the thugs can be bundled away? 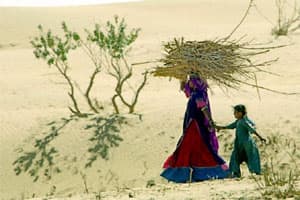 Meanwhile, on bulletin boards of news websites, there is an outpouring of anger and some opinions suggest that someone like the hockey stick-wielding Vasant Dhoble, the man putting out the lights in Mumbai one by one, should take over other cities. Dhoble says he is only using existing laws to make the city safe and quiet, by insisting that pubs close at closing time, shutting down parties that he thinks are rave parties and breaking down the distinction between public and private space, between behaviour that may be unacceptable for some in public space, but which is entirely legitimate in the private sphere. These actions invoke the worst images of Peshwa-era Pune, where tyrants enforced archaic rules, which Vijay Tendulkar captured in his play, Ghashiram Kotwal. The comparison stops there; 21st century Mumbai is not Peshwai Pune.

And we watch, because we have always watched. In 1984, Manjula Padmanabhan wrote a searing, intense play, Lights Out. The play was based on a real incident in the city then known as Bombay. A bunch of friends had met at a party at the home of one of the friends. And they heard screams of a woman who was being assaulted. Instead of doing something to help, they speculated what may be happening, placing their personal safety first, doing nothing. We remained voyeurs.

But that’s part of the tradition. From the time of the ritual disrobing of Draupadi in Mahabharata, many men have participated in such public stripping of a woman, forming a tight circle around her, as they have cheered, jeered and leered. Most men who should have stepped in to stop have turned their eyes away, expressing their inability to do anything, leaving Draupadi to the mercy of divine powers. And all that Krishna can do is to keep adding yards to her never-ending sari, prolonging the humiliation.