Beyond headlines: IMF’s projections for India

Much discussion about the International Monetary Fund’s (IMF) new forecasts about the Indian economy has understandably been about it being the bright spot in the world economy and about its rate of growth being the highest among major economies.

While we deserve a pat on the back for that performance, note that the IMF predicts that growth will be stuck around the current level for the next couple of years.

The current rate of growth is, therefore, about as good as it gets. 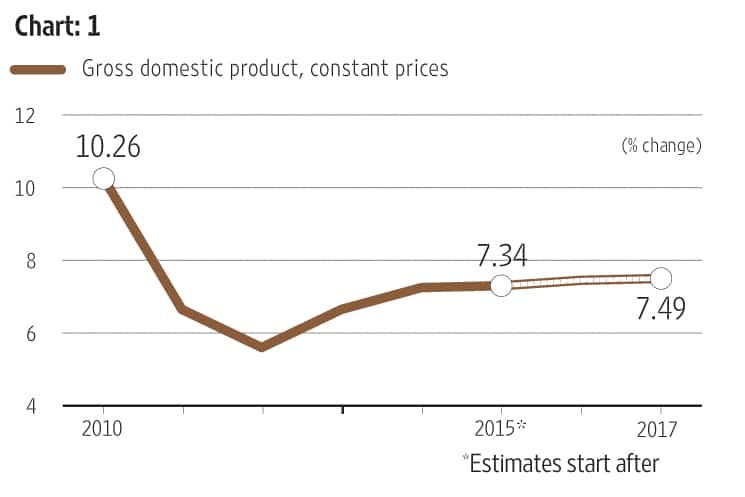 Next, they expect total investment as a percentage of GDP to go down further in 2016-17, so they don’t seem to be banking on a revival of investment demand any time soon. Indeed, the investment-to-GDP ratio in 2016-17 is expected to be the lowest since 2003 (see chart 2). 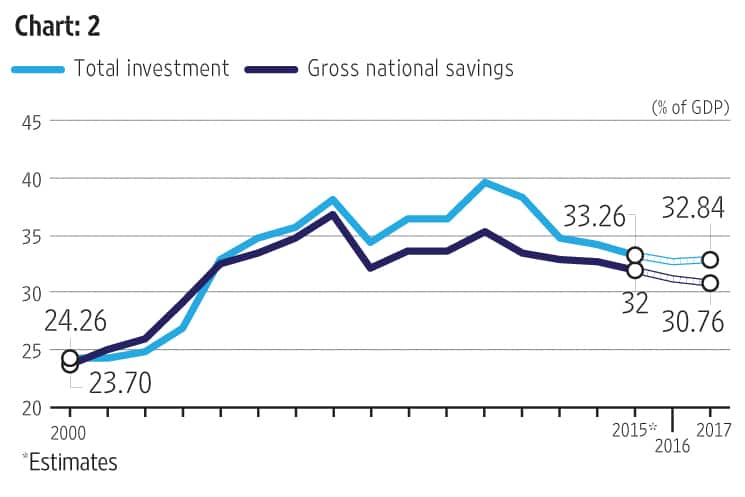 The chart also shows the IMF’s projections for the savings-to-GDP ratio for 2016-17 is the lowest since 2003. Clearly, they’re relying on consumption growth to boost the economy. 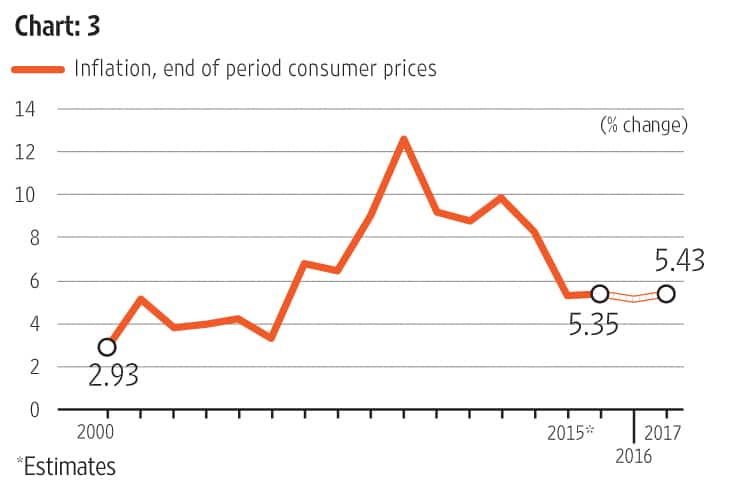 One of the reasons why getting growth momentum up is so difficult is because the rest of the world is down in the dumps and as a result export growth is pedestrian. Chart 4 shows that the growth in the volume of export of goods is currently one of the lowest since the nineties. A big jump in exports is projected only in 2017-18. Chart 5 shows that in spite of all the fiscal compression by the central government, the IMF expects the general government net borrowing (which includes the states) to come down only gradually. It will still be well above that of 2006 and 2007 and indeed, higher than in 1991. And finally chart 6 shows how India’s share of world GDP (in purchasing parity terms) has almost doubled since 2000. However, over the same period China’s share of global GDP has grown by leaps and bounds so much so that China has overtaken the US in its share of world GDP in PPP terms. Measured in US dollars, though, the US economy in 2015 was 24.5% of world GDP; the Chinese economy 15% and the Indian economy 2.9%.