One of the first things you notice about New Haven, home to Yale University, once the senses have taken their fill of freshly brewing coffee, the natty boutiques and the buzzing bars, are the people who rummage through dustbins and ask you for some change. Adding to the feel of big-city crime in this tiny (population 130,000) seaside city halfway between the Big Apple and Boston are the notices in the mail from the university and the police that warn about dangers of walking alone after dark. That crime and poverty are twins in urban areas I know from Delhi, but to see the homeless rummage through bins, take a sip out of a bottle in the trash can to get at that last elusive drop, in a country known for its wealth, is part of my culture shock. Of course, I get over the other shock of constantly trying to enter shuttles and cars from the “wrong" side. The feeling of living in a bubble, as a member of the urban mass affluent in Delhi, persists with me. Across the globe. In a country with a per capita income 46 times mine. But one in six is poor in the US. That things are broken in the US is clear. But the work to reinvent is on as well. I am discovering this at Yale. 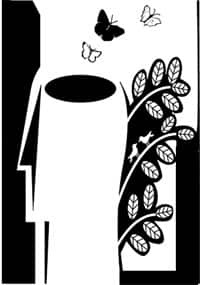 To get a grip on these questions, there seems to be an inquiry to distil some basic tenants of humanity from different academic streams. Economics, psychology, medicine, religion. management. It looks like a quest to see a new set of rules. Rules that define our human morality. What does it mean to be a human being? Not in terms of indicators of education or health, but what is it that differentiates us from animals? The 16 World Fellows engage with the university in several ways. Part of the time is structured for us and some of the best faculty (an indignant professor today told me that “all are best") are brought in for seminars. And we are allowed to choose any course from the 3,000 on offer and audit the class. This is less gluttonous than you think because each class needs preparation by way of reading between 25-300 pages and to do more than three classes in a semester is to ask for trouble.

Either it is positive selection (I see what I am seeking) or what I detect is in effect true. In a majority of the academic interactions over the last few weeks, this one thought behind the words has jumped out at me: what does it mean to be human? I see this thread in the Moralities of Everyday Life class, taught by rock star (see this TED talk to understand the rock star bit—http://bit.ly/nDQQXF) psychology professor Paul Bloom who takes the 500-strong class befittingly in the beautifully grand Battell Chapel. Bloom explores the origins of human morals though the lens of psychology, behavioural economics, neurology and a wonderful cross-discipline mix of other subjects. It’s there in the Meaning of Life seminar taken by Mirslav Volf, theology professor from the Divinity School, where we come to define the meaning of life as understood by human beings. We discuss it in the seminar on identity taken by law professor Anthony Kronman, who facilitates a discussion that ends at trying to find identity in the context of the human species rather than other more obvious physical or societal parameters. In the market space Robert Shiller, the iconic economics professor folds animal spirits into the market and tries to blend economics with psychology and neuroscience in an attempt to humanise the dismal science that makes non-human assumptions of rationality.

It may be that that if we could agree on some basic tenants of “humanity", then this may be the starting point of getting a global consensus on what it means not to be human. Is it “human" to stone a woman to death for adultery, for example. The subtext seems to be to try and figure out if the moral outrage that the West feels for some interpretations of Islam can be fitted into a paradigm of some “human" morals that have been violated, rather than just “Western" ones. The issue is still on the thought lab and it will be great to hear what you think about it.

Certified financial planner Monika Halan is editor of Mint Money, writes on issues of financial literacy and investor protection and is currently at Yale as World Fellow 2011. She can be reached at monika.halan@yale.edu