In the spy hall of fame, who’s the master mole?

My vote would go to “mole", used not in the sense of “small animal" but as in a spy who buries himself deep within the bowels of a competing intelligence service, often rising to the top, all the while continuing to provide information to his own side. 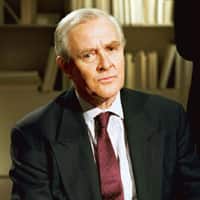 For real: Le Carré wrote three books while he was a spy. Jean-Pierre Muller / AFP

The word is used so often now that we forget that it is of relatively recent vintage. It made its first appearance in Tinker Tailor Soldier Spy, a classic Cold War best-seller about treachery and double-dealing at Britain’s Secret Intelligence Service (SIS or MI6), that John le Carré published in the mid-1970s.

Tinker Tailor old the story of a hunt to find a mole within the SIS and was clearly inspired by the turmoil that accompanied the unmasking of Kim Philby as a Russian spy in the 1960s. But such was the appropriateness of the term “mole" that it is now regularly used in a variety of contexts (not all of them spying-related) by people who’ve never heard of Tinker Tailor or even, of John le Carré.

Le Carré is still around over three decades after Tinker Tailor (his new book, A Most Wanted Man, came out last year to rave reviews), while such best-selling contemporaries as Len Deighton have faded. But his real legacy to the world may not lie in his body of fiction but in his appropriation of “mole" from the animal kingdom for its current usage as “deeply-burrowed enemy operative".

But of course, le Carré deserves to be remembered for more than that. When his first best-seller The Spy Who Came in from the Cold appeared in 1963, its tortured hero Alec Leamas was portrayed in the popular press as a counterpoint to Ian Fleming’s James Bond. While Bond was a hard-drinking, chain-smoking, womanizing action hero, Leamas was the cerebral, tortured spy.

In fact, the parallels were bogus. Leamas was not meant to be a hero or a recurring character, unlike Bond. Reviewers missed the real similarities between Fleming and le Carré. Both were upper middle class public school boys who had served in British intelligence and both took to writing as a sideline.

But there, the parallels ended. Fleming had only served with naval intelligence during World War II and Bond was a representation of his own high-living, womanizing fantasies. Le Carré, on the other hand, worked for SIS in the 1950s and early 1960s and was still a serving spy when he began writing thrillers. Consequently, he did not use his real name (David Cornwell) and had to submit manuscripts to SIS for vetting.

Fleming set out to create a franchise and looked for TV and movie deals right from the time that Casino Royale, the first Bond book, was published. Le Carré wrote novels, informed by his own experience (A Murder of Quality, about the death of a schoolboy, emerged from his brief stint as a teacher at Eton), and portrayed the real world as he saw it: dark, depressing and downright cynical. In Fleming’s books, the Brits and the Americans were the good guys and the Russians were the villains. In le Carré’s books, both sides were as cynical and ruthless.

Against the odds though and almost by accident, le Carré did create a franchise. George Smiley, the spymaster with a congenitally unfaithful wife, was the star of A Murder of Quality and made a brief appearance in The Spy Who Came in. In le Carré’s original description, he was a squat, toad-like man who rarely ventured into the action-packed frontline but served as a backroom boy.

Smiley should have remained a minor character but le Carré put him at the centre of Tinker Tailor. When that novel became his biggest best-seller, he brought Smiley back for The Honourable Schoolboy and then, for Smiley’s People. Even as these books began to reach a wider audience, British TV turned Tinker Tailor into a brilliant mini series with Alec Guinness as Smiley.

The series was such a hit and Guinness—who looked little like le Carré’s original unflattering description of Smiley—was so good in the role that George Smiley soon came to be regarded as one of the great creations of spy fiction.

I loved le Carré’s work till about the late 1980s, but then, perhaps because the Cold War was ending, began to lose interest in the books. Le Carré himself took the brave decision to leave Smiley alone (“He belonged to his time and his time is over") at least partly because he said that each time he tried to visualize his best-known creation, he did not see his Smiley but Alec Guinness (surely the greatest compliment an actor can receive from an author!).

I have not kept up with the recent stuff though it has sold very well and many of the recent books have been turned into big-budget movies. I did feel I was on le Carré’s side though when he got into a public feud with Salman Rushdie, who sneered that le Carré’s books had no right to be regarded as serious fiction, the traditional lament of the celebrated author with poor sales when confronted with the best-selling status of another’s books.

More recently, I’ve admired le Carré for his political stands. He reckoned that America under George W. Bush had lost its way and that its military and intelligence services had run amok. He was not anti-American, he said, just as everybody who opposed the Nazis was not necessarily anti-German.

If you haven’t read le Carré, you should. All popular fiction of the second half of the 20th century—and especially the spy thriller genre—has been heavily influenced by his books and I would argue that his impact vastly exceeds Fleming’s. For American versions, try Charles McCarry or Robert Littell, both of whom inhabit a le Carré-like world in their books.

Start with Tinker Tailor, move on to The Honourable Schoolboy and then read Smiley’s People. That trilogy should be enough to get you hooked. Or if you want the easy way in, watch the DVD of Tinker Tailor.