Why we save but do not invest

Why we save but do not invest

My teenager is sick of me. Nothing new in the history of teenage issues with parents, but she has a unique problem. It is not the usual teenage gripe about how-dumb-can-you-be or the will-you-just-get-off-my-case grunt or even how-did-you-get-so-far-with-so-little-brain eye roll. No. It’s a totally new one that will put books on managing teenagers off track. She’s fed up of me “talking money" wherever I go. Any amount of telling her that I do not initiate such conversations cuts no ice. Things got dangerous when the hair cutting lady began discussing her financial life. While daughter made retching, gagging noises, I tried to hear what the lady with the scissors said over the whine of the hair dryer. I learnt my lesson from Calvin (brother to Hobbes) who advises that it is always good to be nice to the person who holds something sharp near your neck. So I chose to answer hairdresser questions and dealt with the mutant teenager later.

The haircutting lady’s worries were about not doing anything much with her money—the nagging feeling that she was standing still while everybody else was zipping past on fantastic money moves. She ended with a statement that I find resonate in the hundreds of conversations around money I have: “Anyway, there is hardly anything to invest—I don’t have enough." Hello. Nobody has enough. From a fight over a tiny one-bedroom apartment over a large business empire, the issues about money stay the same—we believe it is never enough. It was not enough when we started out, and it will never be enough because aspirations and needs grow just that bit faster than incomes. 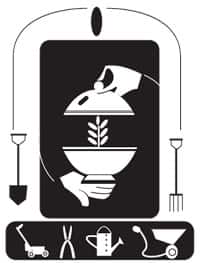 But if they just step out of the box labelled “I don’t have enough so I don’t want to do anything" and see that there are tools available to reduce the risk of unanticipated events, such as an accident or a job loss, the transition from savers to investors would happen more happily. A fraction of the money in the deposit will pay the premium for one medical insurance policy, one accident cover, one term life cover. Another lump sum can go towards creating a liquid emergency fund that will take care of a sudden need of cash. With the need for creating liquidity for an emergency out of the way, it is then easy to put away small amounts that are locked away from use from whatever it is that you earn. Using financial products to serve a need, rather than buying them because they are sold, will help us move from a nation of savers to a nation of investors.

Endnote: Inflation-indexed bonds come closer. The banking regulator, the Reserve Bank of India (RBI), has uploaded a technical paper on inflation-indexed bonds and comments can be sent to them by 31 December 2010. I wrote last year why bonds that have the principal indexed to some measure of inflation needs to come to the market in India (http://bit.ly/eW1bSR). Not only do investors get an increasing stream of income off the bond (assuming that we remain inflationary), but they also get an inflation-indexed principal back. The interest on such bonds will be lower than the fixed deposit rate, but in terms of utility to the bond holder these should work. It is a product that will go a long way towards making the retired feel safe about their future. At age 60, which is when most people retire, there is still an average of 25 years left to live. The biggest enemy, apart from ill health, is inflation. An inflation rate of 6% will make a person, who spends Rs50,000 a month at age 60, need more than Rs2 lakh a month at age 85. With structured equity investing still not the norm in middle-class India, such bonds will make the silver years safer. I would hesitate to recommend the bonds for those in their accumulation phase, for the money is better used in growth products such as equity, given the fact that 24% of basic salary gets saved in a safe tax-happy provident fund account. But for anybody over 60 who has no other source of inflation-indexed income, these bonds should hurry up and come to the market.

Monika Halan works in the area of financial literacy and financial intermediation policy and is a certified financial planner. She is editor, Mint Money and can be reached at expenseaccount@livemint.com