Home >Opinion >Online-views >World’s richest 1%: Where they live and what they own

World’s richest 1%: Where they live and what they own

Over half of the top 1% of the richest people in the world are from US, UK and Japan, a quarter of the poorest 20% are in India, shows Credit Suisse's global wealth report

Who are the world’s richest 1% and how much do they own? 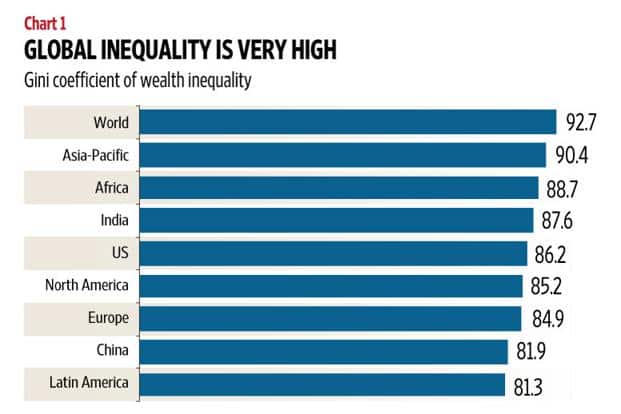 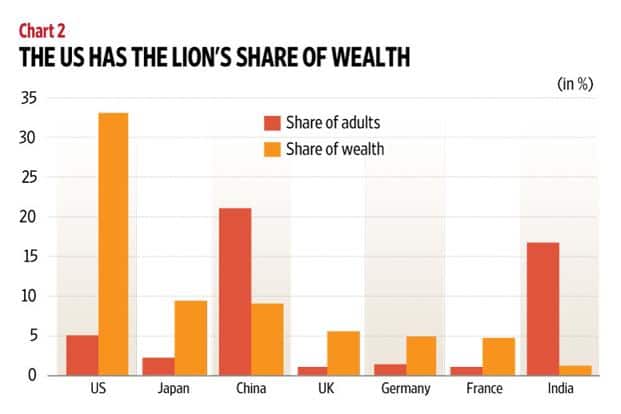 Of course, it’s not that everyone in the US is rich or everybody in India is poor. But if we take the world as a whole, how is wealth distributed within it? Chart 3 has the answer. The richest 1% of people in the world own 50.8% of global wealth. That’s up from 43.6% in 2010. As for the bottom half of the global population, their share has shrunk from 1.6% of the world’s wealth in 2010 to 0.2% now, according to the Credit Suisse wealth databook. The rich are getting richer and the poor poorer. 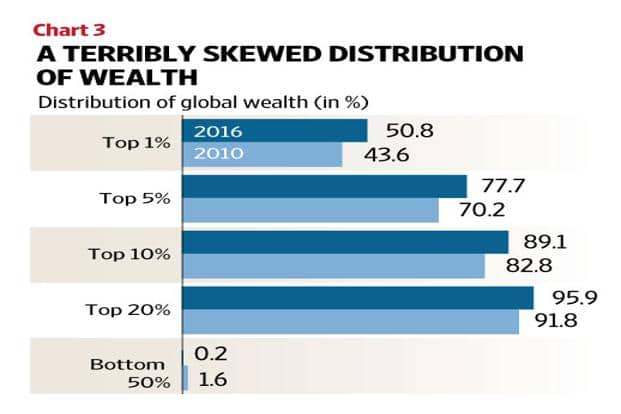 The next question is: where does this top 1% who own more than half the wealth of the globe live? The answer is given in Chart 4, which shows that 37.9% of the global top 1% are from the US. More than a third of this global elite is American. Japan comes next, with a 9.7% share of the global richest 1% list. 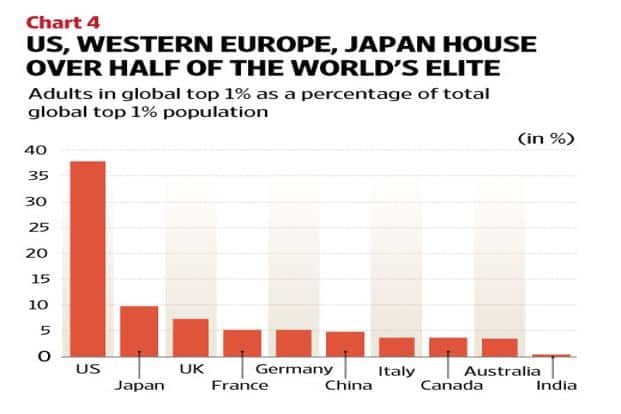 The figure for India has been given in the chart for purposes of comparison. One in every 200 persons in the global top 1% is Indian. As the chart shows, the US, Japan and the UK account for more than half of the people in the global top 1%. And this top 1%, do not forget, own half the world’s wealth. 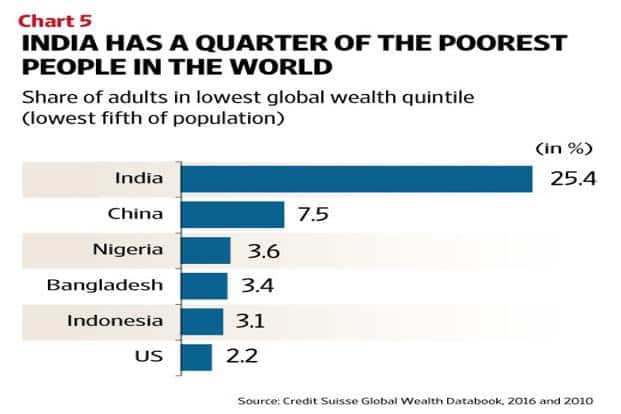 So the numbers from Credit Suisse show that the top 1% own half the world’s wealth, and more than half of this top 1% are from the US, UK and Japan. At the other extreme, the poorest 20% of the world have negative net worth and a quarter of these poorest people are Indians.