Thanks for Visiting Mint
You seem to have an Ad Blocker on. Please turn it off in order to continue, or whitelist Mint
HOW TO TURN OFF AD BLOCKER
OR
REFRESH IF YOU ALREADY TURNED OFF THE AD BLOCKER
Home >Opinion >Online-views >You are the President

You are the President

You are the President

You don’t have to be phenomenally wealthy to run for the office of the President of India. You don’t need to court voters in US-style primaries, nor shake hands, do namastes, wear funny hats, or kiss babies. You don’t even have to meet those who will vote for you—the legislators and parliamentarians of India. You need to stay focused on whatever job you are doing, and await your party high command to choose you—and only after that your rivals will name their candidate, and then there may be a contest, if it can be called one.

And the reason you are chosen has less to do with your capability to act as the conscience-keeper of the Constitution, or as one who can assess the laws that the people’s representatives pass are in line with the Constitution. Nor does your selection have to do with any requirement that you have a broad knowledge of Indian history or its relations with its neighbours or the great powers or even of the global economy, particularly why some countries grow and others don’t. It is unlikely that you have ever said anything even remotely memorable, that students can rattle off with ease, about any major issue concerning the country or the world. Competent you have to be, though based on criteria nobody knows and you should be willing to carry out procedures properly, looking suitably dignified.

You are not required to rouse the nation on Independence Day with an address—the prime minister does that—and you must brave the Delhi winter to see the Republic Day parade, which is spectacular, but better watched on a large screen television in the warm comfort of your home. 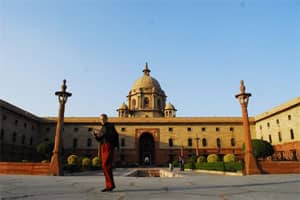 There are a few occasions when what you do becomes important. For example, if the government passes a controversial law that other well-meaning citizens don’t like and lobby you against, then you are expected to make up your mind. Like an irate customer at a restaurant, you can send it back—and then eat the humble pie when it comes back pretty much the same way, but may be in a different font. Or, you can pardon a death row prisoner. (Here, follow the outgoing President’s great precedent and grant those pardons—civilized nations don’t execute people).

And the other time when you may have to act is when you have to decide who should form the government after election results are out. Here, you can blame those pesky voters whom you don’t have to woo. They stopped voting large majorities —the last time any single party got the majority on its own was 28 years ago and millions of voters have never known such stability. Annoyingly enough, they will give mixed verdicts. More annoyingly, parties will not have decided who their prime ministerial candidate should be. They may even change alliance partners after elections. If Bertolt Brecht was around, he’d have offered the solution: elect a different people. But you don’t have that luxury and you will perforce be expected to invite the folks who chose you as their candidate for this august office, even though the election will be in July. Which is why, the one skill you must demonstrate most is to conceal your independent mind—if you have one. Giani Zail Singh did that very well, but then revealed an independent mind. Most unsporting of him.

It is an easy job. Some people call it the rubber stamp position, which required you to remove unruly state governments. But you needn’t worry about that—only a strong-willed prime minister would demand that, and the last time that happened, India had black-and-white television, and it was 18 to a dollar, or something like that. There was that great cartoon by Abu Abraham, which showed Fakhruddin Ali Ahmed asking the officials to wait till he had come out of his bath before he could sign more ordinances. That shows work ethic.

If you win, it will be preordained, for nobody defies party whips. And if rivals drop out, you will live under the illusion that there’s national consensus that you are the best person to be President. No; you are the least likely to disrupt the status quo that the current establishment wants.

That’s the job description of a humble obedient servant and politics is all about being a public servant.