Home > opinion > online-views > Something about proof

A book I’m reading has a chapter describing an ideal mathematician.

It abounds with all kinds of interesting observations, including words on these lines: she believes her particular esoteric mathematical interest—let’s say, Young tableaux, whatever those are—is real because it has a real mathematical existence and she can prove things about it. On the other hand, she thinks that while it’s probable that the Taj Mahal exists, nobody has actually proved it.

Mathematicians, what can you say. But more seriously, just what’s meant by a proof? 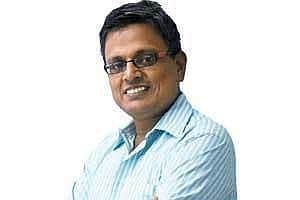 You think this is mildly crazy? But consider a mathematical analogy.

Centuries ago, mathematicians noticed about even numbers that they can be expressed as the sum of two prime numbers. That is, 8=3+5, and 36=5+31 and 102=13+89, etc. Choose any even number at all, and you’ll be able to break it down into the sum of two primes. I mean, I’m as sure of the truth of this fact as I am sure that all dogs feature four legs. Because just as I am yet to find a 63-legged dog, I am yet to find an even number that cannot be broken up this way. (And I believe I’ve met 4,279,838 even numbers).

Yet to a mathematician, “yet to find" is not good enough. This little peculiarity of even numbers has not been mathematically proved. Until then, “every even number can be expressed as the sum of two primes"remains just speculation, just a conjecture. In fact, it is one of the oldest and most famous unproven conjectures in mathematics, famous enough for a name: Goldbach’s Conjecture, after the 18th century German mathematician Christian Goldbach.

Actually, mathematics is littered with unproven conjectures. Another concerns so-called “twin primes": primes that differ by two. For example, 11 and 13, or 17 and 19, or 101 and 103. These charming numerical couplets keep popping up as you click through ever-higher numbers. But is there an infinity of them? Most mathematicians would guess “yes". But nobody knows for sure, because nobody has proved this particular postulate either.

There’s a beautiful proof to show that there is an infinity of primes. But none so far about twin primes. None so far of Goldbach.

So yes, what is a mathematical proof? Here’s what that phrase means to me. You have a hypothesis to prove (“All dogs have four legs", or “The square on the hypotenuse of a right angled triangle is equal to the sum of the squares on the other two sides"). You start with statements you know to be true (“axioms"). Using logic, using language that rules out ambiguity as far as possible, even using other proofs, you move step by step from the axioms to a point where the hypothesis is shown to be true.

Just how this is accomplished is sometimes a matter of intuition and luck—how do you know which axioms to start with?—but always of logic and reasoning. And when you find a proof this way, it can be intensely satisfying. Every so often, it is a mathematician’s life’s work come to fruition. I mean, if you find a proof for Goldbach or the twin primes problem, you’ll be famous indeed, at least among mathematicians. Which is not a bad place to be, I assure you.

Finally, you notice I mentioned a “beautiful" proof above. More about that one another time, but you probably think that’s another crazy notion. What could be beautiful about proving an abstruse mathematical idea that nobody outside mathematics cares about?

Well—speaking of analogies—I like to think of it in this way. Few things satisfy me as much as when, playing tennis, I whip a clean backhand winner past the guy across the net. Mostly, my backhands are ugly; but every now and then, one feels just right. Just beautiful.

Why so? Because when I execute that stroke well, I can actually feel various body parts coming together in concert.

The same for proofs. Sometimes reasoning and rigour, logic and axioms, they come together to make mathematical melody. Just beautiful.