Glenn Stevens, the governor of the Reserve Bank of Australia (RBA), addressed the American Chamber of Commerce on 8 June at Adelaide. He spoke on the Australian economy and called it a half-full story rather than half-empty story (www.rba.gov.au/ speeches/2012/sp-gov-080612.html). He proceeded to substantiate his thesis and did a rather good job of it. He dismissed recent talks of doom and gloom on the Australian economy. Coming as they did two days after the Australian Bureau of Statistics reported that the Australian economy had defied expectations and grown at a rate of 4.3% (year-on-year) in the first quarter of 2012, his words carried a louder ring of conviction than otherwise. 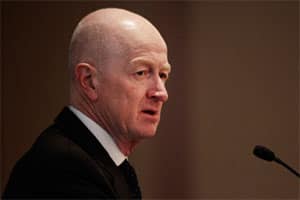 However, there are couple of aspects in which the speech of Stevens excels and those are with respect to the undesirability of returning to the days of 2004-07 boom conditions led by rising asset prices, falling household savings and rising household leverage, etc.

“The decade or more up to about 2007 was unusual. It would be quite surprising, really, if the same trends—persistent strong increases in asset values, very strong growth in per capita consumption, increasing leverage, little or no saving from current income—were to re-emerge any time soon… One thing we should not do, in my judgement, is to try to engineer a return to the boom. Many people say that we need more ‘confidence’ in the economy among both households and businesses... The kind of confidence based on nothing more than expectations of ever-increasing housing prices, with the associated willingness to continue increasing leverage, on the assumption that this is a sure way to wealth, would not be the right kind. Unfortunately, we have been rather too prone to that misplaced optimism on occasion. You don’t have to be a believer in bubbles to think that a return to sizeable price increases and higher household gearing from still reasonably high current levels would be a risky approach..."

He also added that it is the job of the central bank not just to pay heed to the preferences of mortgage borrows (“I do not think we should set monetary policy to foster a renewed gearing up by households") but also the savers who live off the returns from their savings. He added that they were right to expect policymakers to preserve the real value of their savings.

It would be nice if some of US’s policymakers and economic pundits took home the message above. Indeed, it needs to be heard by many in India too who are clamouring for interest rate reductions by the central bank, as though it were the principal cause of the slump in investment spending in India. Some are calling for a reduction of interest rates by 250 basis points. The mandarins at the Reserve Bank of India (RBI) would do well to dismiss such claims with nary a moment of consideration.

Australia’s real policy rate (nominal policy rate minus the consumer price inflation rate) over the last two decades averaged around 2.8%. Currently, it is 1.9%. In the US, it averaged just 0.96% over the same period and it is currently -2.2%. In India, it averaged 5.5% and currently it is 2.1%. In the case of India, Bare Talk used the prime lending rate and the consumer price inflation rate statistics from the International Monetary Fund’s international finance statistics. Even with the recently reported real growth rate of 5.3%, India’s real rate of interest is well below that. Real interest rates are too low in India. When inflation expectations are high and with question marks remaining on the normality of the monsoon season, it is unnecessary for RBI to contemplate cutting rates now.

Central banks have an obligation to provide the right incentives for both borrowers and savers and thoughtless recommendations that they step in for a moribund and destructive government can do more harm than good to the economy.