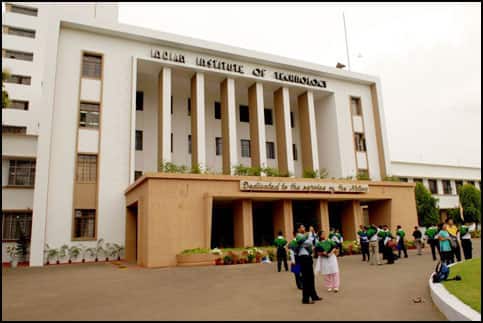 He said that the quality of students entering the IITs has deteriorated over the years, and blamed the coaching classes that prepare engineering aspirants, for this. The majority of the students, he said, fare poorly at jobs and global institutions of higher education. Point to be noted: he received, according to PTI, “a thundering applause from his audience".

The applause is not surprising. The alumni have been talking about this for years, but the government pays attention to the alumni only when they produce their chequebooks. Of course, now, suddenly, there’s much talk in the HRD ministry about the bane of coaching classes, and a total overhaul of the entrance system. The proposed overhaul will be disastrous, but more of that later.

For years now, recruiters who go to the IIT campuses have been complaining that most of the students have little communication or teamwork abilities (Murthy too lamented the poor social skills of most recent IIT graduates). I myself have been interviewing candidates for IIM Calcutta for at least 10 years, and obviously many of them have been IITians. I feel for the recruiters.

And the unlikeliest cut of all: the last time I visited an IIT campus, about three years ago, I found that almost every student I spoke to (about two dozen of them) hated engineering.

This is of course where the parents and the coaching classes, which have spent years clinically dissecting the examination papers, come in. Aptitude and interest are of no consequence—you mug like mad for two-three years, and you get in. And so what if you don’t know jackshit other than five hundred physics problems you learnt by heart?

Now of course, the IIT entrance exam will be scrapped in favour of a single engineering entrance test, and the applicant’s Class XII board exam marks will be given weightage. This is madness. One, the 25 different higher secondary boards in India have different marking philosophies; quite simply, a West Bengal board topper doesn’t stand a chance against a CBSE also-ran, if their absolute percentages are compared. How on earth is the government going to normalize the marks? Two, the board exams are very different from the JEE, and there is no airtight correlation at all between a student’s performance in his HSC exams and JEE, even in the science subjects. But to take it to the simplest—and irrefutable—case, someone whose brain is superbly geared for engineering will now probably not get into an IIT because he scored 51 in English Literature in his board exams. Three, the HRD Ministry’s new brainwave puts the entire sanctity of the IIT entrance system at stake. The JEE is perhaps the only uncorrupted entrance test system in the country: you can be the Prime Minister’s granddaughter, but you don’t get into IIT unless you crack the JEE, where everyone is equal. But it’s not impossible for politicians and the rich to manipulate state board percentages, and slip their candidates into an IIT. And lastly, those horrendous villains, the coaching classes, will thrive even more. Now they will teach both for the board exams and for JEE and the kids will be forced by their deluded parents to mug even more (if that is humanly possible), exacerbating the basic problem.

Who are taking these decisions? Have any of them any idea about what this “IIT" brand they tout is all about? Quite simply, the brand has not been built by any HRD Minister, but by its alumni, through their abilities and achievements over decades. And we must be thankful that someone, whose voice, hopefully, carries some weight, has spoken out, stressing that the only way IITs can become better is if 80-90 per cent of members on their governing council are alumni. “Nobody is bothered about an institution more than its alumni," said Murthy. “We must somehow persuade the government of India to let go of its control and make sure majority of the council members is the IIT alumni." But yes, somehow persuade…

And how to get the better of the coaching class system in the entrance test? Very simple. All one has to do is to change the JEE slightly, so that, in addition to physics, chemistry and math, you also test for IQ and more general problem solving skills, where the question has no single correct answer and there are no pat formulas to help you crack it. The impact will be visible from Year One.