This July marks the 16th anniversary of one of the biggest failures of multilateralism—the failure of the United Nations (UN) to prevent the massacre of thousands of Bosnian Muslims in and around Srebrenica. As the blue helmets watched, the Serbian general Ratko Mladic—captured recently—went about his grisly work. More than the UN, it was a European failure. Had sufficient will been mustered, this terrible tragedy could have been prevented. There are situations when respecting sovereignty has serious costs. At times such niceties need to be ignored. 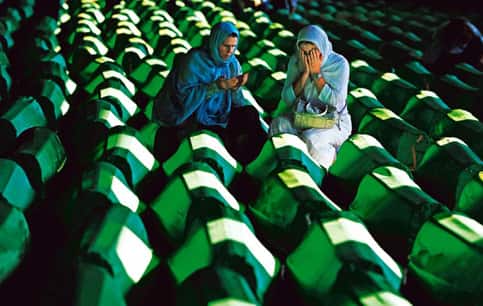 Photo: Andrej Isakovic/AFP
Subscribe to newsletters
* Enter a valid email
* Thank you for subscribing to our newsletter.
Share Via